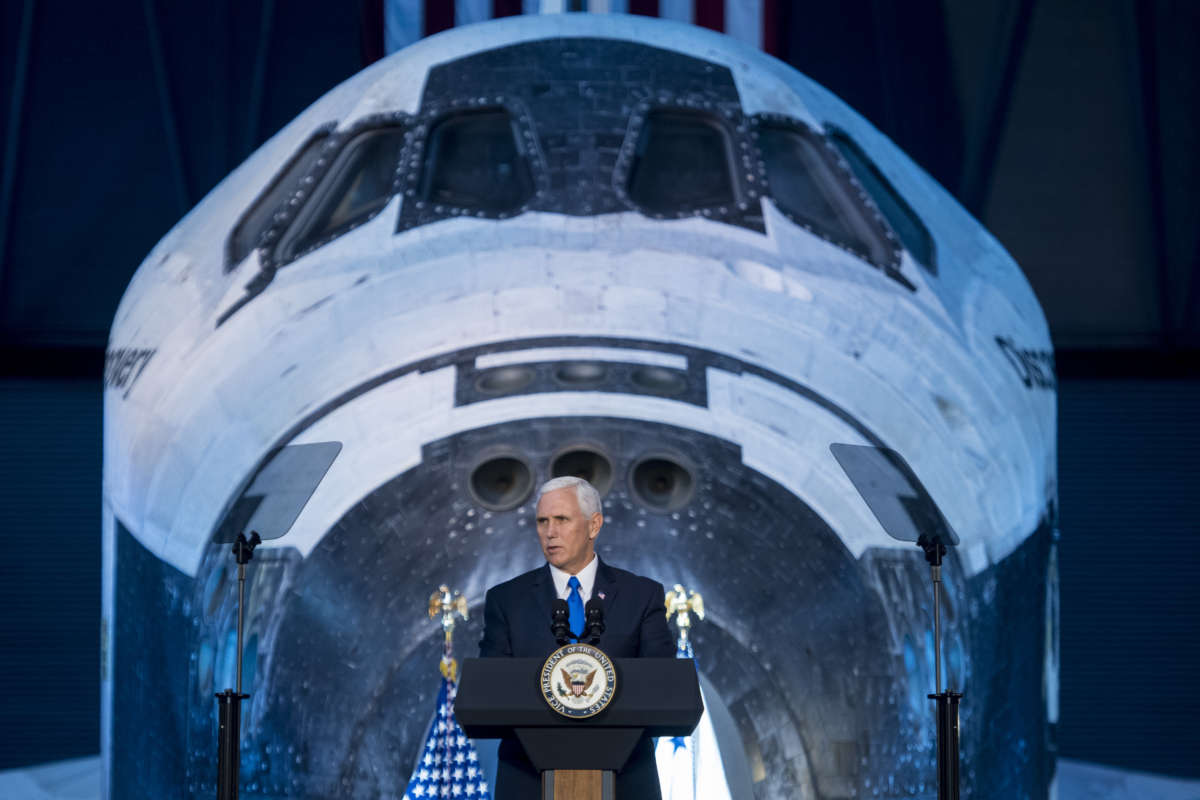 The Vice President is expected to deliver remarks on NASA’s Artemis program, the agency’s new effort to return humans to the moon. The Trump administration charged the agency with landing astronauts by 2024, but the program has faced delays.

Before the meeting, Pence is expected to meet with personnel at the 45th Space Wing.

NASA administrator Jim Bridenstine, who was selected by President Trump, said he will step down at the end of this administration. President-elect Joe Biden has not yet named a successor.