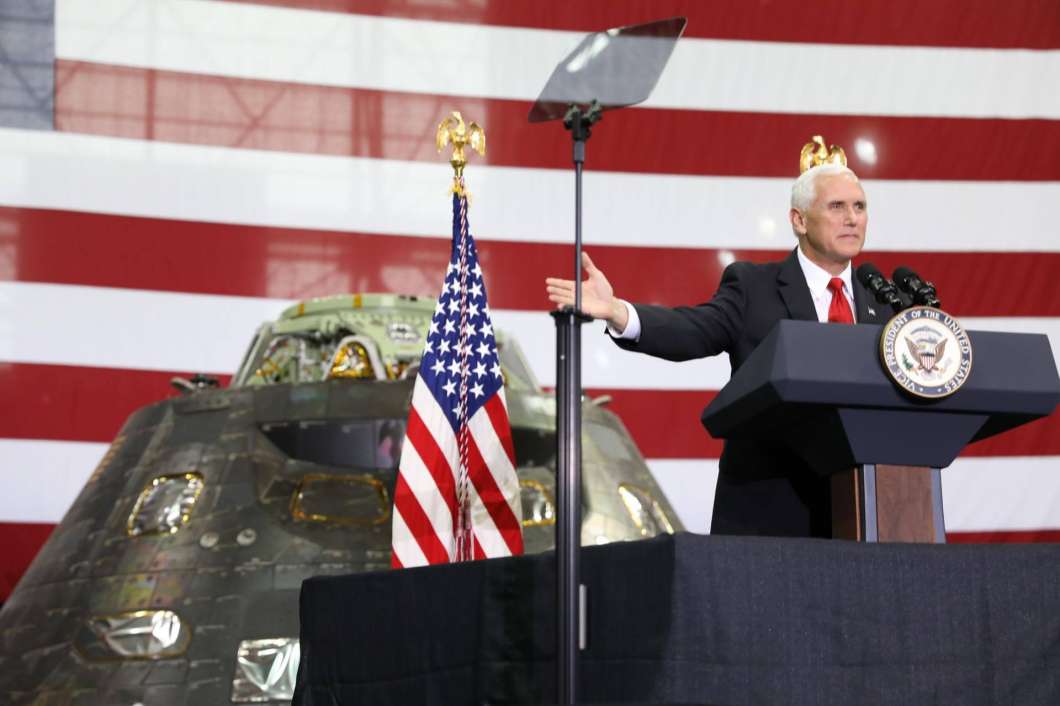 Vice President Mike Pence promised to return Americans to the moon during his visit today at the Kennedy Space Center. Pence touted a commitment to returning to the moon, and putting humans on Mars under the leadership of President Trump.

“We will return our nation to the moon. We will go to Mars, and we will go still further to places that our children’s children can only imagine.”

Pence toured the center’s transition from the shuttle program to a multi user spaceport, supporting both public and private space launches. Senator Marco Rubio traveled with the Vice President on Air Force Two.

“And you’re the ones who make it possible,” Pence said to the crowd of more than one thousand workers inside the Vehicle Assembly Building. “So give yourselves a round of applause for making miracles happen, for making science fiction, science fact here at the Kennedy Space Center.”

Trump has yet to name a permanent NASA administrator but last week the President reinstated the National Space Council chaired by the vice president aimed at streamlining the country’s space exploration efforts.

“[The National Space Council] will review our current policy and our long-range goals and coordinate national space activities — from national security to commerce to exploration and beyond,” said Pence. The group will meet later this summer.