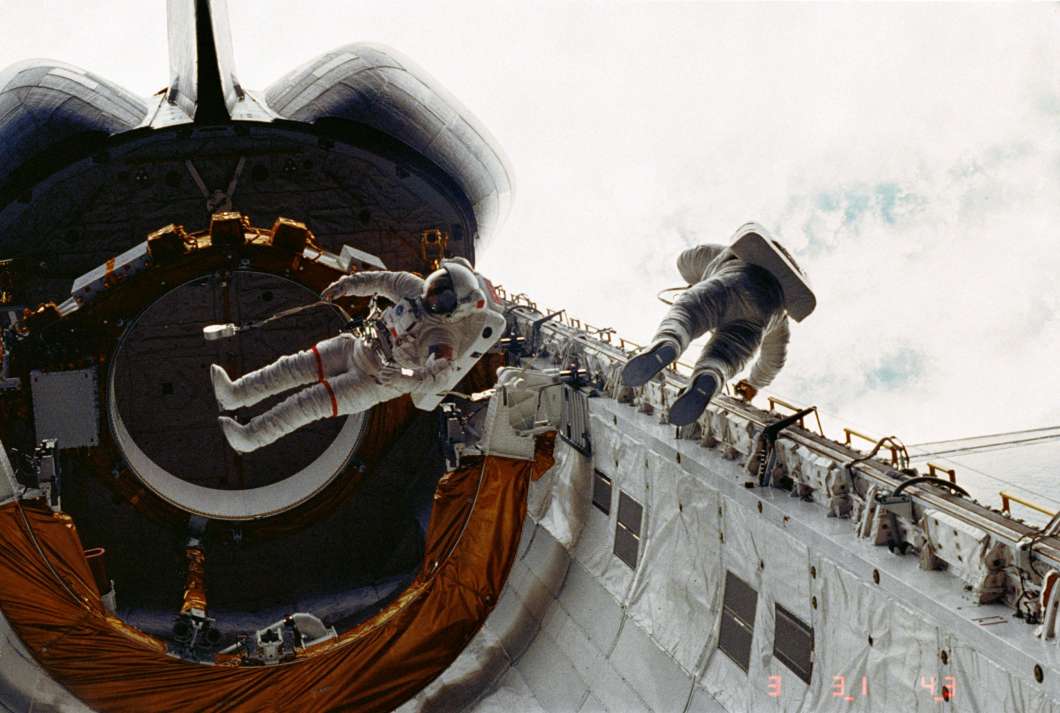 Astronauts Story Musgrave, left, and Don Peterson float in the cargo bay of the Earth-orbiting Space Shuttle Challenger during their spacewalk on the STS-6 mission. Photo: NASA

The only astronaut to have flown on all five space shuttles is speaking in Winter Park this week.

Story Musgrave is a NASA astronaut, a Marine, physician and a Disney Imagineer consultant, but he comes from humble beginnings. Musgrave calls Kentucky home and was a farm kid. Then he joined the Marines, specializing in repairing aircraft.

That would lead him to join NASA in 1967. His most notable achievement as an astronaut was repairing the $1.5 billion dollar Hubble space telescope. Musgrave led the spacewalks that fixed a flaw in a damaged observatory more than 350 miles above Earth.

“I know how to fix stuff,” said Musgrave of the mission. “If you look at the path I took, it’s leading to Hubble. No one at the time had the skills or the imagination to create solutions to the problem.”

He plans to share his journey from a farmer with no high school diploma to record-setting astronaut at the Winter Park Institute at Rollins College Tuesday, March 6 at 7:30 p.m.