Venezuela Flight Ban Makes it Harder for Some Central Floridians to Visit Family, Send Money and Other Assistance 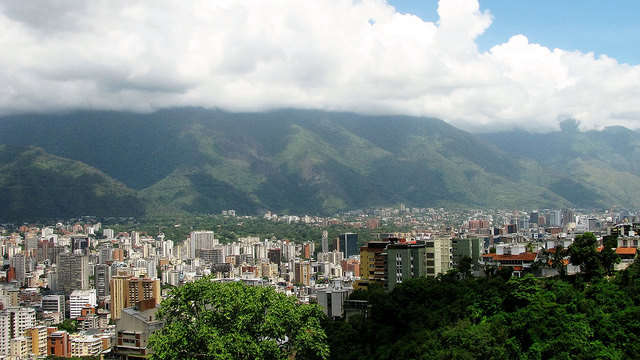 A new flight ban between the United States and Venezuela is making it harder for Venezuelans in Central Florida to visit their families.

It applies to all direct commercial and cargo flights between the United States and Venezuela.

DHS says the ban was put in place in response to security threats the country has faced since opposition leader Juan Guaido’s failed attempt to overthrow the Nicolas Maduro government on April 30.

The State Department has also issued a travel advisory for the South American country.

But the University of Central Florida’s Jonathan Powell says instead of protecting people who would have traveled to the country:

Powell says the ban on commercial flights was redundant as most major American airlines no longer offer direct flights to the country.

American Airlines was the latest to announce that they would be terminating services to Venezuela in March.

That’s why Powell says the ban is just another sanction on the country as the ban also extends to cargo flights.

He says this means Venezuelans and aid organizations in the state won’t be able to send much-needed money, food, and medical supplies to the country.

“Getting assistance either being able to import food or being able to get money from abroad-something that has been incredibly important-and this is ultimately going to make it more difficult.”