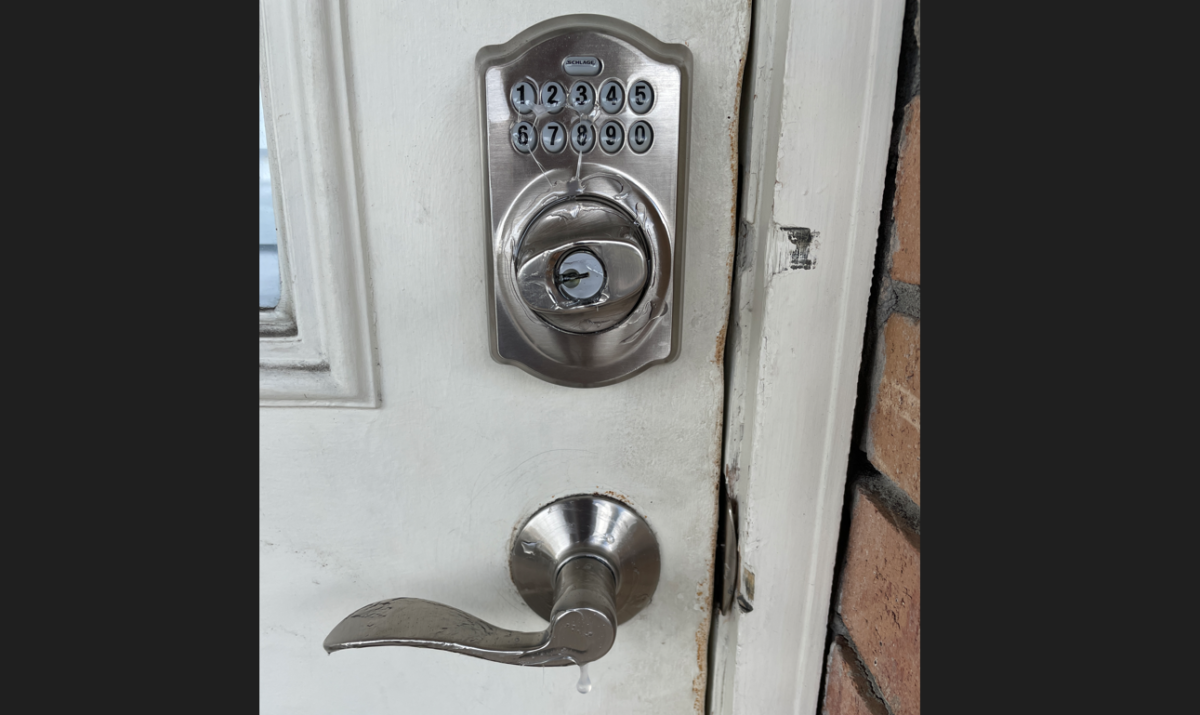 In addition to graffiti, someone put glue in the lock on the front door of the Seminole County Democratic Headquarters in Longwood. Photo courtesy of Lynn Moira Dictor

Graffiti saying “fascists” and a banner saying “Nazis” were discovered outside the Seminole County Democratic Party headquarters in Longwood on Sunday.

The incident, which was reported to the Longwood Police Department, resembles vandalism outside the county’s GOP offices three weeks ago.

Someone had spray-painted a call for the end of both parties and the term “fascists” on the windows, put glue in the door and hung a 10-foot-wide Republican Party banner with the words “Free Palestine” and “Nazis” on it.

“It was horrifying and it was frightening and then I got a little angry,” Dictor said. “Seminole County will not tolerate being terrorized or vandalized or ostracized because of how we pray, how we look, who we love or how we vote. And that’s how I felt after this attack.”

Dictor says she is Jewish and the language is a trigger and a “dog whistle” that points the rise of anti-Semitism.

Longwood police had no suspect as of Monday afternoon.