Vaccines, variants and the surge: reporting on the pandemic in 2021 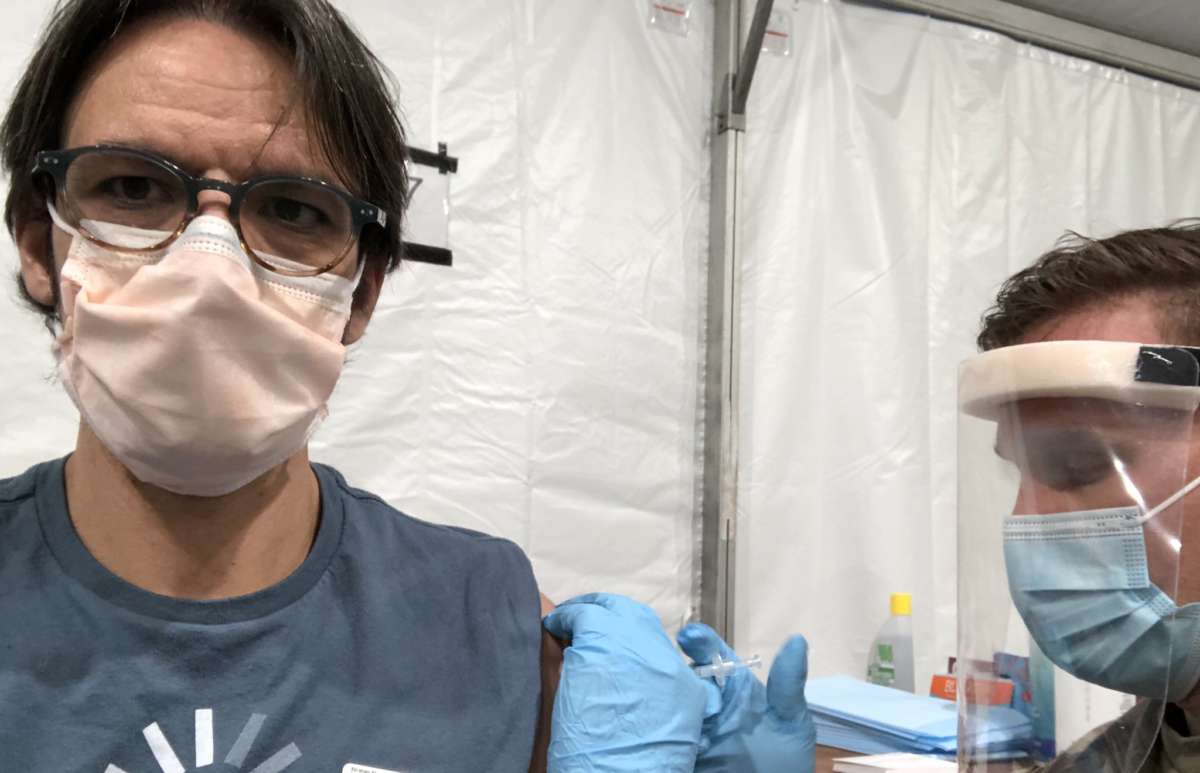 At the start of 2021 there were high hopes for COVID-19 vaccines. Nearly twelve months later, tens of millions of Americans are vaccinated, but the vaccines have become increasingly politicized, and in the meantime, Florida weathered the worst impacts of the delta variant surge over the summer.

We look back at the milestones in the second year of the pandemic and what’s in store for 2022, with health reporters Abe Aboraya of WMFE and Verónica Zaragovia of WLRN.

“Thinking back on this, the amount of effort that was put into the vaccine distribution in the state, when it first became available was really pretty staggering to see,” says Aboraya.

He says those efforts shifted as the year went on from vaccines to monoclonal antibodies.

“It’s really been pretty fascinating to see the evolution of just the public opinion and how the politics has sort of bled into that on just a basic public health issue.”

Meanwhile Zaragovia says the state of Florida’s efforts to block Federal vaccine mandates are currently tied up in the court system.

“There are attempts to try to block vaccine requirements. But I will point out that the federal requirements do allow for regular testing, so they’re not mandating vaccines if you’re willing to get tested regularly.”

The political battle over how to manage the pandemic response spilled over into public schools where school boards faced off with Gov. DeSantis’s administration over mask requirements among other restrictions.

Zaragovia says while data indicate children who get COVID-19 are less likely than adults to become extremely ill, there are still cases of children being hospitalized and having to be intubated.

She says experts are also concerned about what the long-term effects of COVID may be on children, and so they are recommending that they get vaccinated.

“On the other hand, there have been a lot of concerns about the mental health impact on children who didn’t go to school when when schools were closed down,” says Zaragovia.

“And so also that has caused a lot of stress for parents who couldn’t afford to leave work during that time or to hire someone to take care of their children. So it’s been very difficult and the arguments on both sides, they both carry their weight.”

The summer COVID-19 surge which put Florida at the epicenter of the pandemic also had a knock-on effect on non-COVID related health care, as hospitals postponed non-urgent care to cope with the onrush of patients.

“It absolutely had a major impact. What the actual toll of that is a little bit harder to quantify. But we do know that the all-cause mortality, if you look at the just the number of people who have died, regardless of [the reason], in states that had high levels of ICU occupancy…the all cause mortality went up after that,” says Aboraya.

“It’s not just about COVID, the people who are ending up in the hospital, and, you know, causing major shortages of staff and resources. It’s affecting other people as well.”

As for what 2022 has in store, questions remain about the impact of Omicron and future variants of COVID-19.

“And what that kind of impact is going to have? I mean, are we going to get to a point where you know, that we have a high enough level of vaccinations that things kind of go back to normal?”

Zaragovia says another big question is how effective the vaccines are long term.

“That’ll be interesting to see whether that’s going to change and even the discussion around booster shots, because that made me think, well, there’s been a little bit of stigma around the booster shot as this privilege for countries like the United States, when so many countries are still struggling to get their population just vaccinated with the first two rounds.”