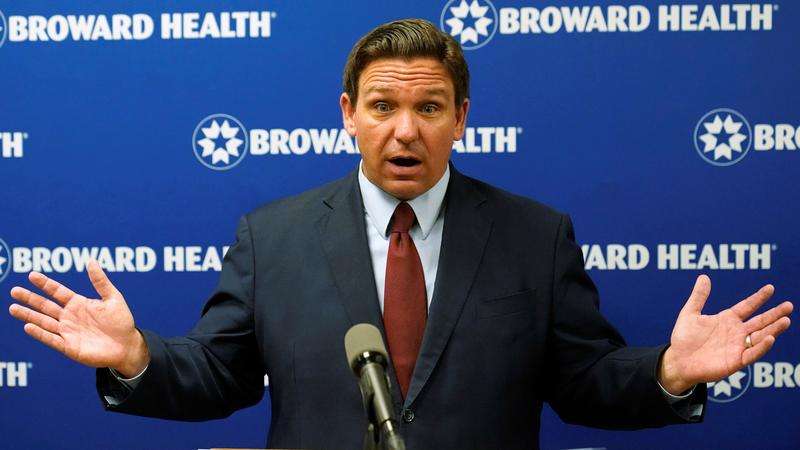 This week, Gov. Ron DeSantis leveled a new threat against Florida municipalities, saying that any city or county that requires its employees to receive the COVID-19 vaccine will receive a $5,000 fine per infraction.

At his Monday news conference, DeSantis claimed that it is wrong that first responders and other governments employees could get fired for not getting vaccinated.

Orange County already has a vaccine requirement. Mayor Jerry Demings announced that all Orange County employees receive the first vaccine by September 30th and the second by October 31st.

A coalition of local and national media organizations joined a lawsuit against the DeSantis administration that seeks more transparency from the state regarding COVID-19 data.

The outlets asking to join the complaint include the New York Times, Washington Post, Miami Herald, and more.

Governor Ron DeSantis proposed new legislation that could do away with annual testing in Florida public schools. Under the proposal, this current school year would be the last one for the Florida Standards Assessments (FSAs).

Schools would replace FSA testing with a “progress monitoring” system that already occurs during the school year. Former Governor Jeb Bush implemented standardized testing here two decades ago. The argument then was that they were essential to improve the education system.

This week, a historic space mission launched from Kennedy Space Center. The all-civilian crew will spend three days orbiting Earth aboard the Crew Dragon capsule. The private aerospace company SpaceX sent the crew into orbit as part of the Inspiration4 mission, in partnership with NASA.

SpaceX says the launch marks a new chapter for commercial space travel and promotes its mission to make humans an interplanetary species.

Florida Roundup Associate Producer Katherine Hobbs can be reached at khobbs@wjct.org or on Twitter at @KatherineGHobbs.