Using Repurposed Vending Machines To Distribute Essentials To The Homeless 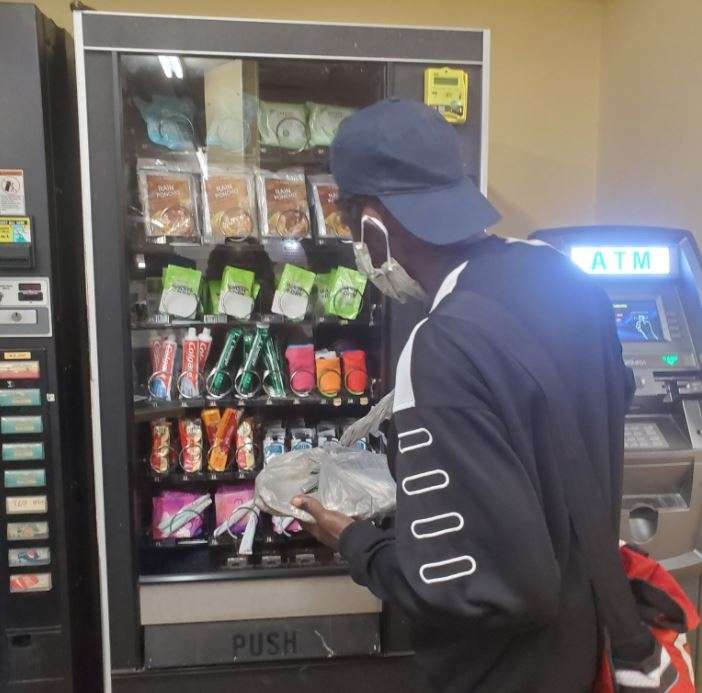 A few years ago Briana Daniel got the idea of using a re-purposed food truck to distribute toiletries and other items to the homeless. Now her non-profit, Street Team Movement, is using refurbished vending machines to get those products out to people in need.

A ‘hope card’ gets you two swipes from the vending machine per week. Photo: Briana Daniel.

Three of the machines are situated around Orlando- at the Sunshine Laundromat in Parramore, St. Vincent De Paul church in Pine Hills and United Against Poverty in SODO.

Daniel tells Intersection dozens of “hope cards” have been distributed. The card gives you two swipes from the machine per week.

“We try to group items together in the machine,” says Daniel.

Daniel says she beta-tested the machine last year, asking people what they wanted to see in a vending machine.

She says were some surprising requests.

“One was shoe laces- a lot of people donate shoes, but oftentimes, they take the shoelaces out of them,” says Daniel.

Some of the products stocked in the vending machines. Photo: Briana Daniel.

“There’s a lot of shoe donations that our homeless friends end up getting without shoelaces. And the other thing is a can opener.”

Daniel says she wants to expand the project in Central Florida and other cities.

“We do have five [machines] on hand, so we do fully intend to put all five of those out. There’s other communities- Tampa and Atlanta- that are actively working with us to get this program in their communities. They’re experiencing a lot more people that are homeless and in need of services.”