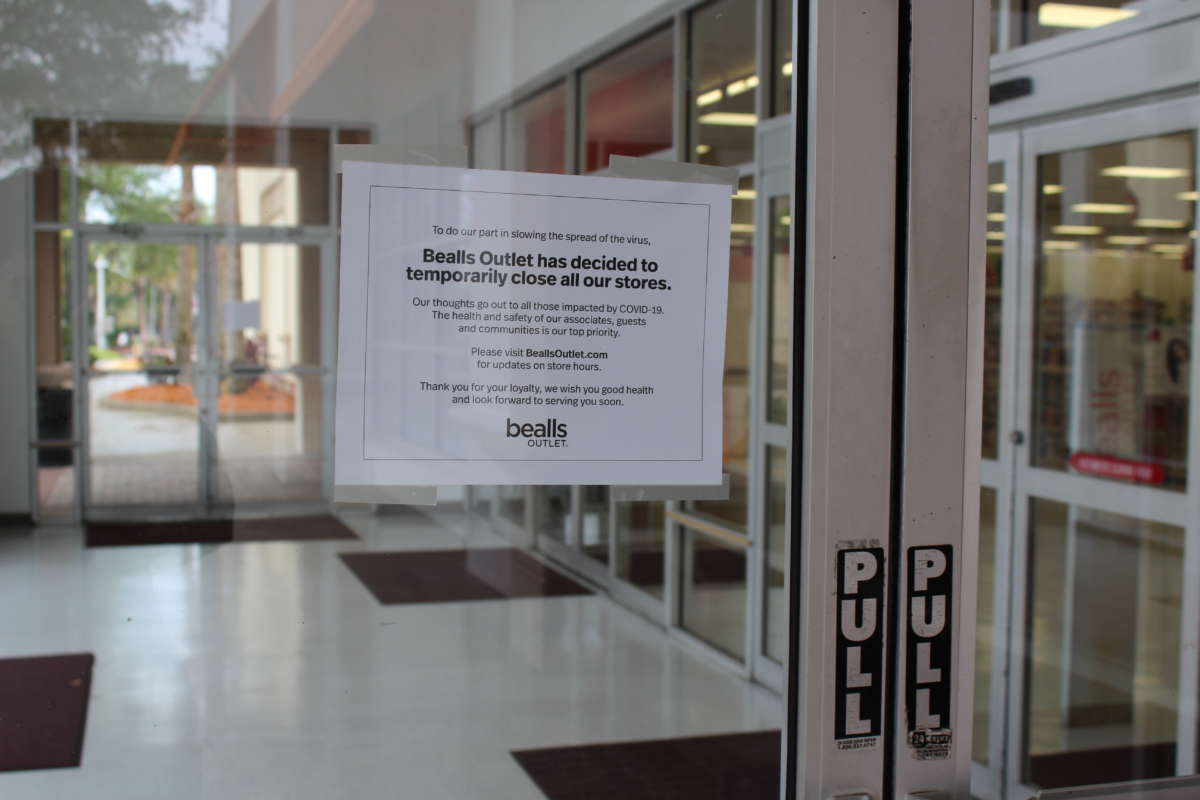 Businesses deemed 'non essential' have been closed during the coronavirus pandemic, plunging tens of thousands of Floridians into unemployment. Photo: Matthew Peddie, WMFE

The peak of coronavirus cases isn’t expected to hit Florida for another two weeks, but already the economic pain of the pandemic is being felt statewide.

As state and local governments in Central Florida scramble to help the tens of thousands suddenly out of work, they’re also leaning on the federal government for help.

Democratic US Representative Darren Soto  joined Intersection to talk about what the $2.2 trillion coronavirus relief package means for Floridians.

Soto said that package is not enough to get the country through the pandemic.

“I expect there will be a supplemental package we pass in late April,” he said.

“But I will start by saying that it is the largest relief package ever passed by Congress in the history of this nation”.

Soto said the $1200 checks for individuals making less than $75,000 a year, plus additional money for families with children, are a key provision of the bill.

“It allows small businesses to get a forgivable loan about two and a half months of their payroll. So we should see some central Floridians rehired because of that act and others, their jobs safe.”

Soto said that program too will have to be extended.

The relief bill also includes a $600 a week unemployment benefit for four months, on top of state unemployment.

“That’s a vast expansion on what we had before in the state of Florida,” said Soto, adding that residents of the Sunshine State need extra help because “the state website has been a disaster.”

Soto said Floridians may need more help because the economy leans so heavily on tourism.

“We see maybe tourism get an uptick as early as third quarter but probably fourth quarter or beyond. Of course, we’re in uncharted territory. So things change by the day, and then it’s a matter of even when social distancing is done, when are people going to feel comfortable going on vacation or being in large groups in these parks and these conventions, obviously, that’s a real key part of that.”

“They are on the front lines and this issue as much as many others has shown they’re at risk. And that’s why they need to be treated like other federal law enforcement officers,” said Soto.