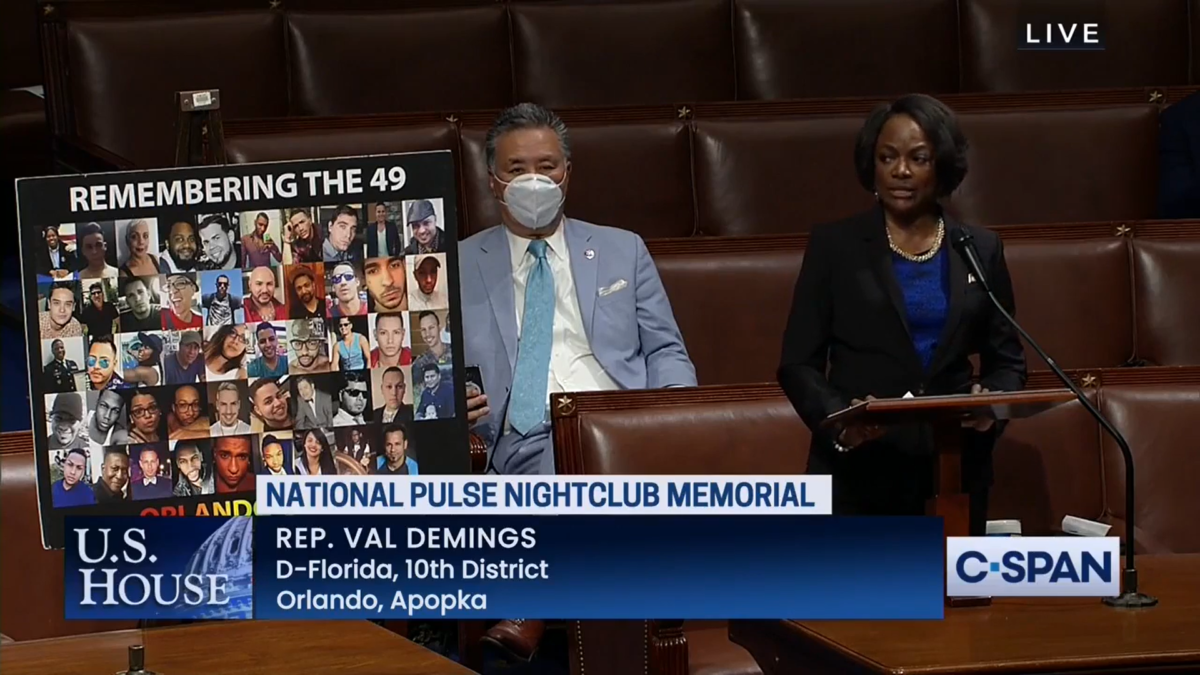 49 people were killed and 53 more were wounded at the June 12 shooting at the former nightclub.

Demings says the memories of the 49 people who died at the former nightclub will live on in our hearts and at the site.

“They will not be defined by their tragic deaths through gun violence, but by the lives they lived, the people they touched and the love they gave.”

The Pulse nightclub would be called the “National Pulse Memorial.”

It would not become part of the National Park system nor can federal funds be used to support its upkeep.

But Demings says the site will be an enduring testament to love quoting Martin Luther King Jr.

“Dr. King once said this: So I have decided as an individual to stick with love. Because yes, hate is too great a burden to bear.”

Demings says after all, Pulse was a place for late night fellowship, a place for fun, laughter, family and friendship which she says are fundamental to the human experience.

She says these things are especially precious after a pandemic.

The bill must still pass the US Senate and be signed into law by the President.

#OrlandoStrong is more than just a slogan, it is a promise to never forget those we lost and those who were injured.

By establishing #Pulse as a national memorial, we will honor their memories, and remind ourselves of that promise.

Today we passed legislation to do just that. pic.twitter.com/FozVEs7jVY