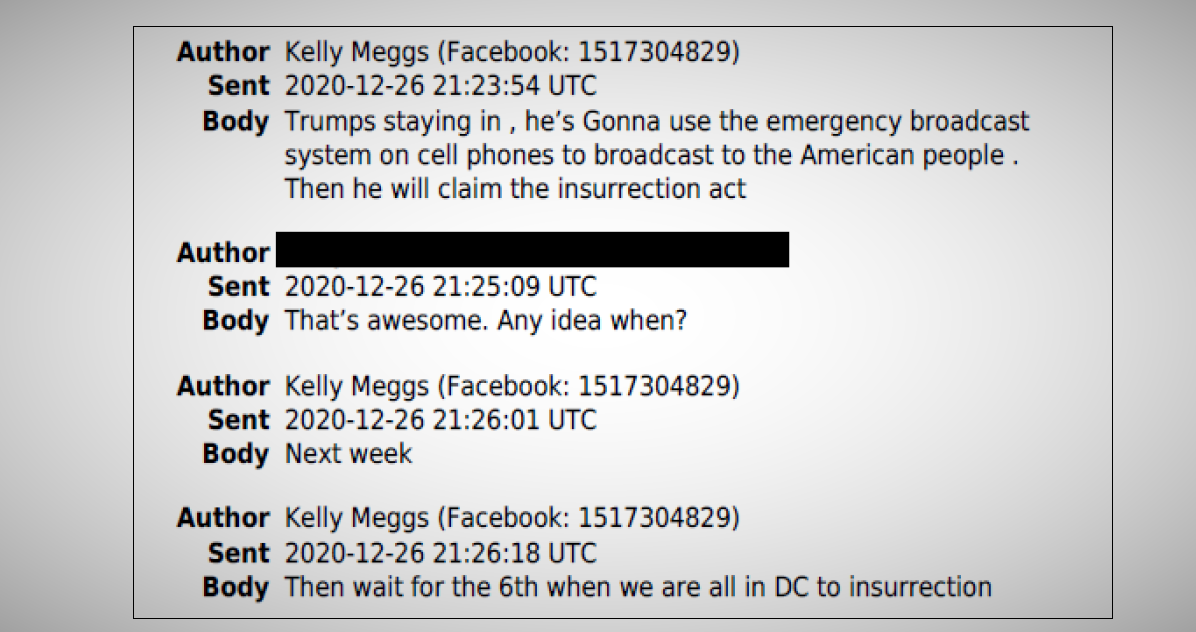 Federal prosecutors include Facebook posts, Signal chats and a GoToMeeting schedule in a recent court filing.

The leader of the Oath Keepers in Florida imagined former President Trump would hold onto power on January 6th and they would battle Antifa that night on the streets of D.C.

And after the deadly Capitol riot, Kelly Meggs of Dunnellon described  himself as an enemy of the state who was not quitting but reloading.

Fifty-two-year-old Meggs is awaiting trial with eight co-defendants, including his wife, on conspiracy and other federal charges after entering the U.S. Capitol with his team in tactical gear.

The clues to his thinking come from Facebook posts and group chats in a court filing aimed at keeping him behind bars.

Meggs described coordination with other extremist groups and a battle plan with the Proud Boys.

He thought Trump would use the emergency broadcast system and the Insurrection Act to stay in power and wondered if the former president would have what he called “testicular fortitude.”

Right before the riot, another Oath Keepers leader texted that Trump’s speech was just more complaining and the  “patriots” would take it into their own hands.

Meggs’ lawyer argues he is not a danger to the community, did not commit acts of violence at the Capitol and actually protected a police officer during the riot.