‘Update on Active Shooter?’ How Orlando Authorities Failed to Prepare for a Mass Shooting like Pulse 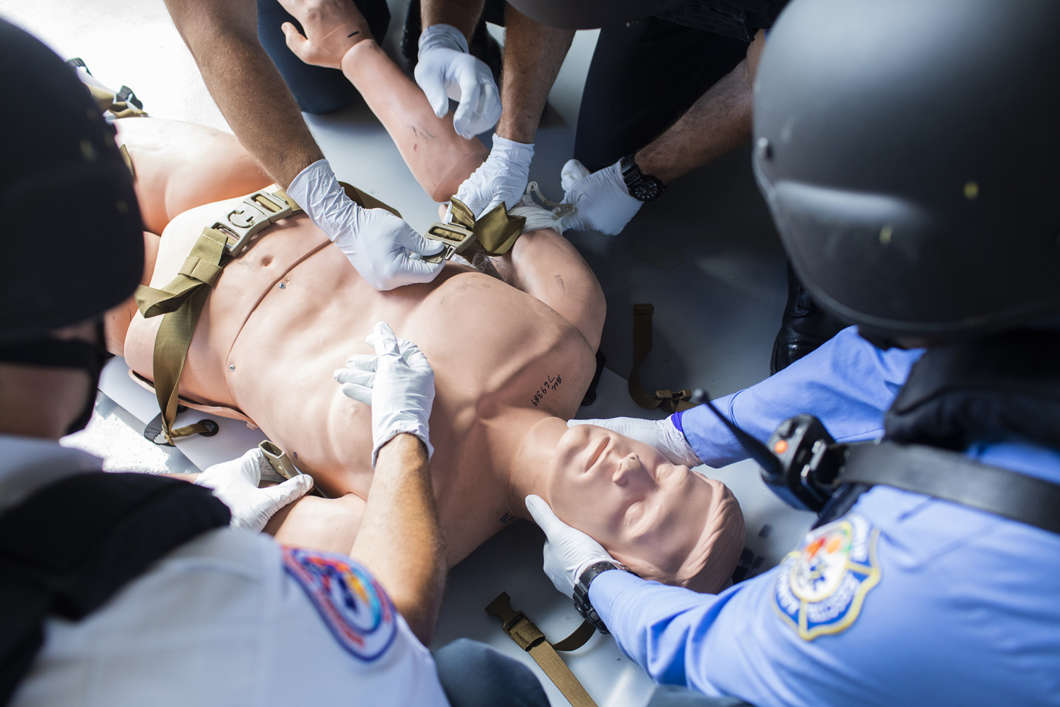 Orange County Swift Assisted Victim Extraction (S.A.V.E) Team performs an extraction on a dummy at Fire Station 67 on September 12, 2018 in Orlando, Florida. The Orlando Fire Department had received special equipment and training to respond to an active shooter situation, but when Pulse happened, none of it was used. (Cassi Alexandra for ProPublica)

The Orlando Fire Department had been working on a plan to respond to a mass shooting. It had even purchased vests filled with tourniquets and special needles to relieve chest cavity bleeding. But at the time of the Pulse nightclub shooting, the plan had already sputtered and the vests sat untouched.

“I need the hospital! Please, why does someone not want to help?”

The man’s screams inside the Pulse nightclub pierced the chaos in the minutes after the shooting stopped on June 12, 2016. With the shooter barricaded in a bathroom and victims piled on top of one another, Orlando police commanders began asking the Fire Department for help getting dozens of shooting victims out of the club and to the hospital.

“We need to get these people out,” a command officer said over the police radio.

“We gotta get ‘em out,” another officer responded. “We got him [the shooter] contained in the bathroom. We have several long guns on the bathroom right now.”

Read the full article and listen to the stories at 90.7 WMFE In Depth.