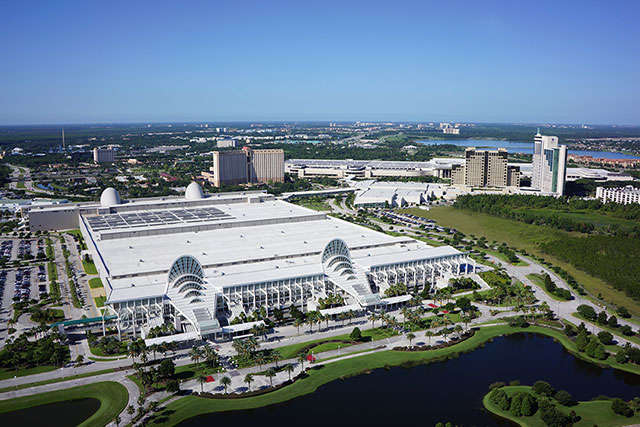 Aerial photo of the Orange County Convention Center, courtesy of the convention center.

The cancellations continue to grow at the Orange County Convention Center to more than $283 million dollars.

Now five large events have been canceled at the Orange County Convention Center. The American Academy of Orthopaedic Surgeons canceled its planned conference Tuesday. That event alone was expected to bring 30,000 attendees and $77 million dollars in economic impact.

In total, five events have been canceled that were expected to bring 109-thousand attendees. Events as far away as April 23 have now been canceled.

The convention centers tallies the economic losses from those canceled events to more than $283 million dollars.