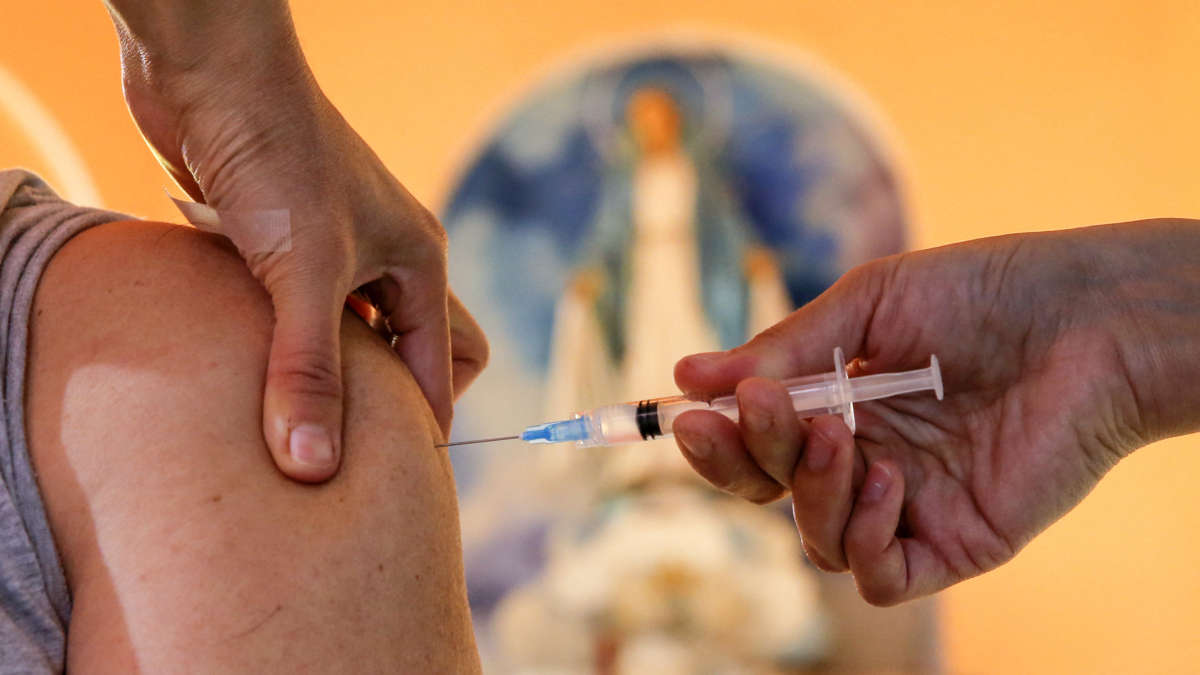 A health worker administers a dose of the Pfizer BioNTech vaccine against COVID-19, at the Medalla Milagrosa Church in Valparaiso, Chile, on April 6.
Image credit: Javier Torres

Last month, Pastor Danny Reeves was fighting for his life in the ICU at Dallas’ Baylor Medical Center. He had COVID-19 and he wasn’t vaccinated.

Now, the senior pastor at First Baptist Corsicana in North Central Texas regrets not getting the shot earlier, and he plans to tell his congregants his story on Sunday when he returns to the pulpit.

Reeves says he isn’t against vaccines, and he encouraged certain people in his community — mostly seniors — to get vaccinated before he contracted coronavirus. But he thought since he’s in his 40s and generally healthy, getting the virus wouldn’t be a big deal.

Reeves describes his experience at the hospital as “harrowing.” At one point during his two night stay at the ICU, a doctor told Reeves he might die.

“It ravaged my healthy body,” he said. “There’s no doubt.”

Of his first service back, Reeves says, “We’re going to praise God together for his rescue. I’m going to lay out lessons that I’ve learned … And certainly I’m going to talk straight to our people about who we can and should be as God’s people and what it really means to love our neighbor.”

Reeves says he plans to get vaccinated once his doctor tells him it’s safe to do so.