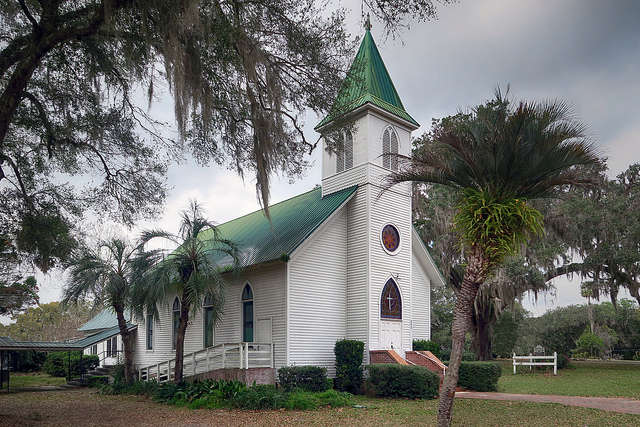 More than 860 church leaders from around the world met over the weekend in St. Louis to discuss the issue. Photo: Flickr Creative Commons

Leaders of the United Methodist Church will vote Tuesday on whether to allow LGBTQ pastors or same-sex weddings in their church. More than 860 church leaders from around the world met over the weekend in St. Louis to discuss the issue.

Currently the Methodist Book of Discipline says, “The practice of homosexuality is incompatible with Christian teaching.”

Reverend Emily Edwards of First United Methodist Church of Orlando says the General Conference will decide whether to keep the status quo or let individual pastors decide what works best for their congregations. Either way, she says there will be growing pains.

“Should the vote go with a traditional plan to keep the language in the Book of Discipline it will be very, very painful for that community that is going to hear a message that they are not full people. For those should it go the other way with convictions about how to interpret Scripture, it will also be painful because spirituality is part of our identity.”

Edwards says there’s also a third option-to split the church into three new branches from progressive to traditional based on their beliefs around homosexuality.

She says the past few years have changed her congregation’s views.

“Being in Orlando and having lived through Pulse and the tragedy of that changed the way we view each other. And I think it’s a compilation of everything’s that’s happening across our country.”

Ultimately there are about 16.1 million Methodists around the world that will be affected by the decision-these include in the United States, but also in Asia, Africa, and Europe.