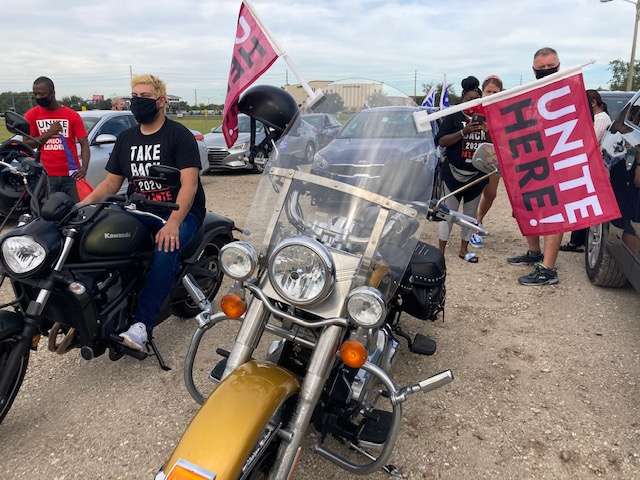 The event was held in support of Democratic presidential candidate Joe Biden ahead of the upcoming election.

Jonas Nazaire is originally from Haiti. He worked in food and beverages at Disney until he was laid off. His primary focus in the upcoming election is the economy.

“I need to do something to get money in the house. To feed my wife. To feed my daughter. And I have a lot of people in my country they need help so I have to help them out also.”

Suehaly Delgado could lose her job as a housekeeper at Disney. But she says she’s more concerned about what will happen to her two boys – both Marines – after this election.

Her youngest son already said he will leave the service if Trump is reelected after the president allegedly called war heroes “suckers” and “losers”.

Trump was expected to campaign in Central Florida today but the in-person visit was canceled after he tested positive for coronavirus. He will now make his remarks virtually.

Biden is expected to visit South Florida on Monday.