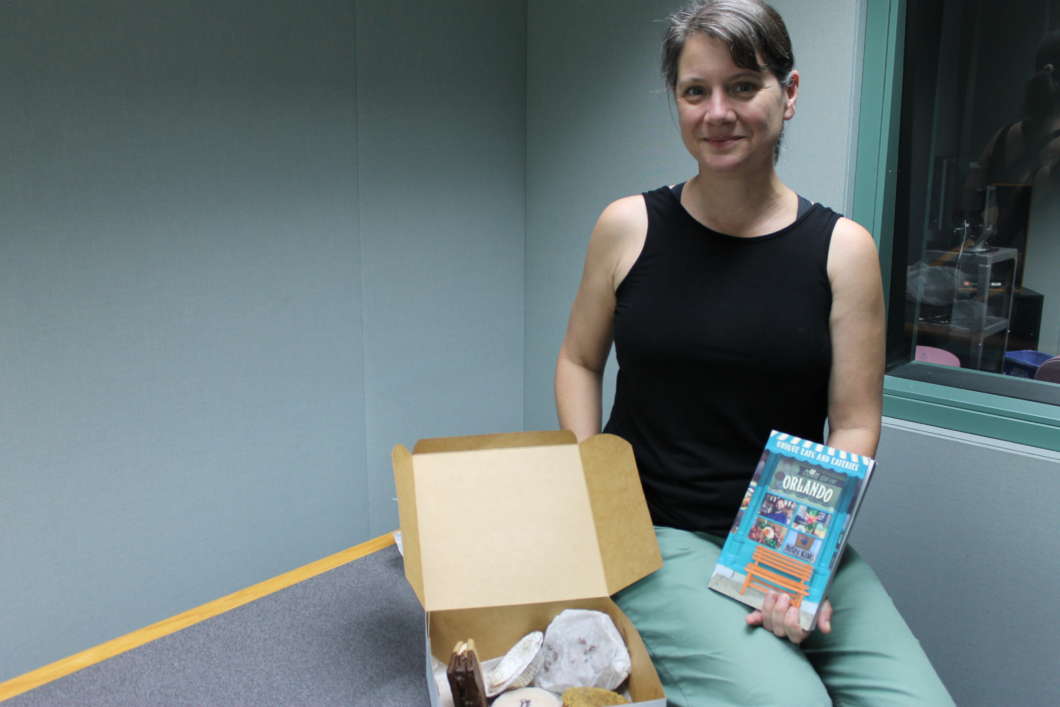 Kendra Lott with some unique eats from one of the eateries featured in her new book. Photo: Matthew Peddie, WMFE

Orlando’s food scene has grown up in the last decade. Kendra Lott, publisher of the website and magazine Edible Orlando, takes first time visitors and long time residents on a tour of that food scene in her new book Unique Eats and Eateries of Orlando.

Lott tells Intersection she returned to Orlando in 2010 to launch Edible Orlando, a quarterly magazine about the food scene,  after leaving the Florida to study.

“When I first considered coming back and launching Edible Orlando magazine, we came — my family and I — to really suss it out and see, OK, is this viable here?,” says Lott.

“And we were thrilled to learn that it was, and I think mainly the change that prompted my confidence in that venture were the independently owned restaurants, the more chef driven restaurants, y’know places that the menu wasn’t a concept; it was what they wanted to cook.”

Lott says there was a silver lining to the  controversy that brewed up last year after the Food Network’s Andrew Zimmern made a comment on Twitter about Orlando’s dining scene.

“In terms of that controversy, yeah I think that put us on people’s radar, because of course everyone comes here or everyone’s been here, but if you don’t leave the park bubble, you don’t always know what kind of goodness is there. We locals know a lot.”