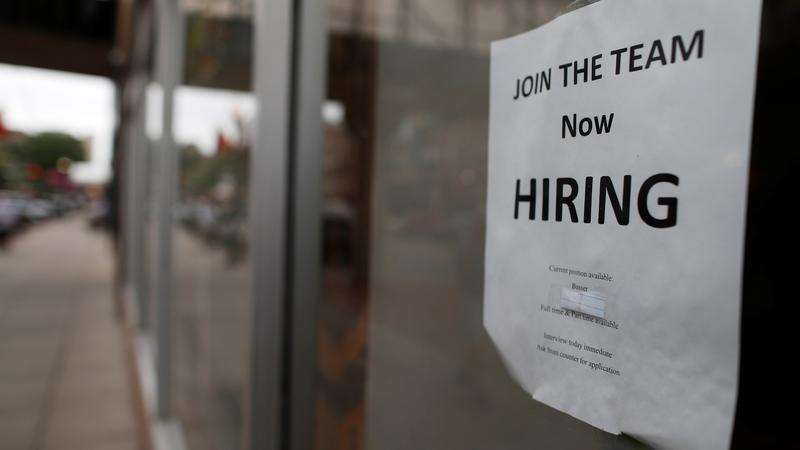 FILE - In this July 18, 2018, file photo a "now hiring" sign hangs in the window of a Chinese restaurant in downtown Fargo, N.D. A U.S. Chamber of Commerce-MetLife survey released last week found that 28% of small businesses plan to increase their staffs in the next year, down slightly from 29% in the first quarter. (AP Photo/David Zalubowski, File)

More jobs are returning to Florida as the pandemic-induced recession – which put thousands out of work – comes to an end. However, many companies say that they are having a hard time finding people to fill them.

The widening job market comes amid Florida’s decision to cut the federal unemployment boost that provided individuals with an additional $300 weekly, leaving employers to wonder if that will prompt workers to return to the labor force. Retail stores, restaurants, and hotels are among the industries still having a difficult time finding help.

Hector Sandoval, Director of Economic Analysis Program at the Bureau of Economic and Business Research and Assistant Professor in the Department of Economics at the University of Florida; and Lauren Titus, Editor, Edible Northeast Florida, joined us to discuss these issues.

Earlier this week, the Florida Department of Transportation forced Jacksonville’s Acosta Bridge to turn off a rainbow light display celebrating Pride Month. After widespread backlash, the state permitted them to be turned back on.

However, other cities, including Sarasota, reported that the FDOT would not allow them to light their bridges in a similar fashion. Sarasota Mayor Hagen Brody joined us to discuss the issue, and said that he has asked the state to reconsider his request to light the Ringling Bridge to be lit with rainbow lights, as well.

June 12 marks the fifth anniversary of the Pulse Nightclub massacre, during which a gunman killed 49 people at the Orlando nightclub.

WMFE’s Abe Aboraya and Joe Saunders, the Senior Political Director of  Equality Florida joined us to discuss the anniversary, and the LGBTQ mental health and police reforms that have been proposed – and in some cases vetoed – since.