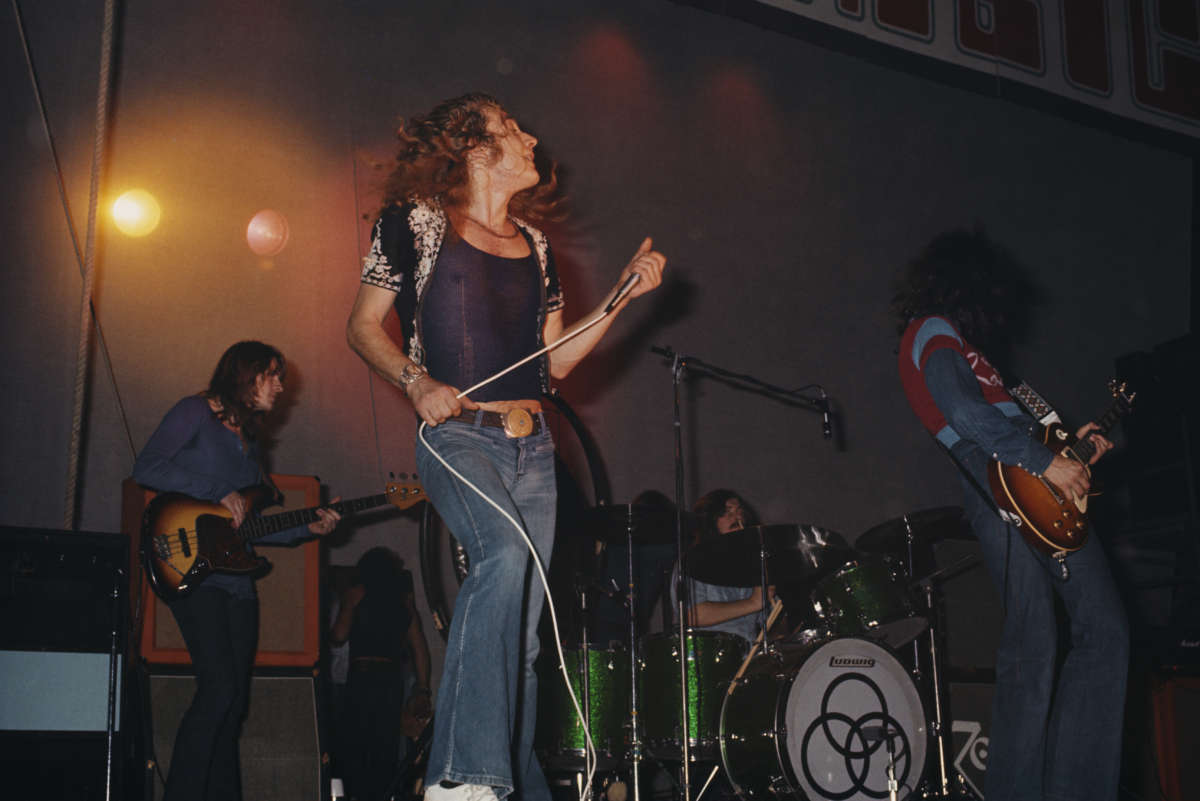 NPR turns 50 this year, and we’re marking it by looking back on some other things that happened in 1971.

On this day fifty years ago, rock and roll fans lost their minds: It marks the release of Led Zeppelin‘s untitled fourth album.

While “Stairway to Heaven” remains one of the most beloved anthems of all time, and other songs like “Black Dog” and “Rock and Roll” became staples of rock radio, there’s a piece of the record that has become singularly iconic.

At the beginning of the last track, “When the Levee Breaks,” drummer John Bonham pounded out a storming passage for the ages. The Beastie Boys used it; Beyonce borrowed the beat for Lemonade; it’s on Sophie B. Hawkins’ biggest hit; it’s in Tarantino’s Kill Bill — to date, that break has been sampled on more than 200 songs.

Veteran music writer Tom Moon joins Morning Edition to dig into the specifics of why this undeniably resonant moment went on to become an indelible part of music history.

You can listen to the broadcast version of this story in the audio player above.