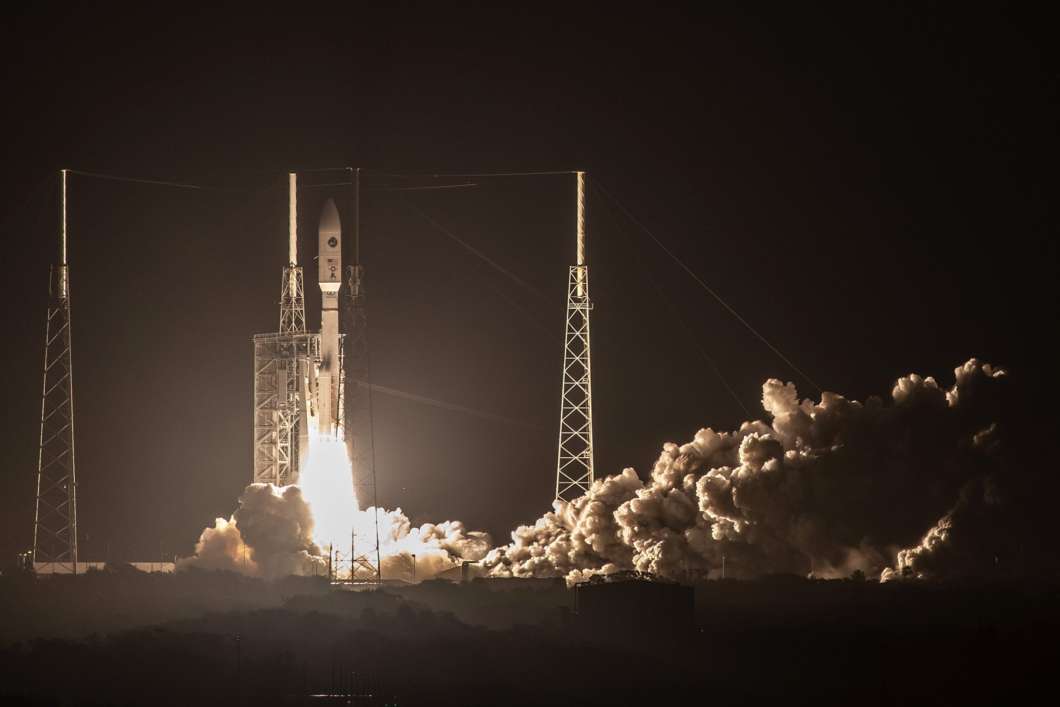 An Atlas V rocket launched a high-tech communication satellite for the military from Cape Canaveral.

The satellite, designed by Lockheed Martin and launch by United Launch Alliance, will provide the military leaders with encrypted and jam-proof communications in some of the most harrowing of situations, including the ability to send and receive data through electro-magnetic interference caused by nuclear weapons.

It is the most powerful version of ULA’s Atlas V rocket, dubbed the 551, with more that two and a half million pounds of thrust at liftoff. The Atlas V 511 has sent science missions like New Horizons to Pluto and beyond, and set Juno on a mission to Jupiter.