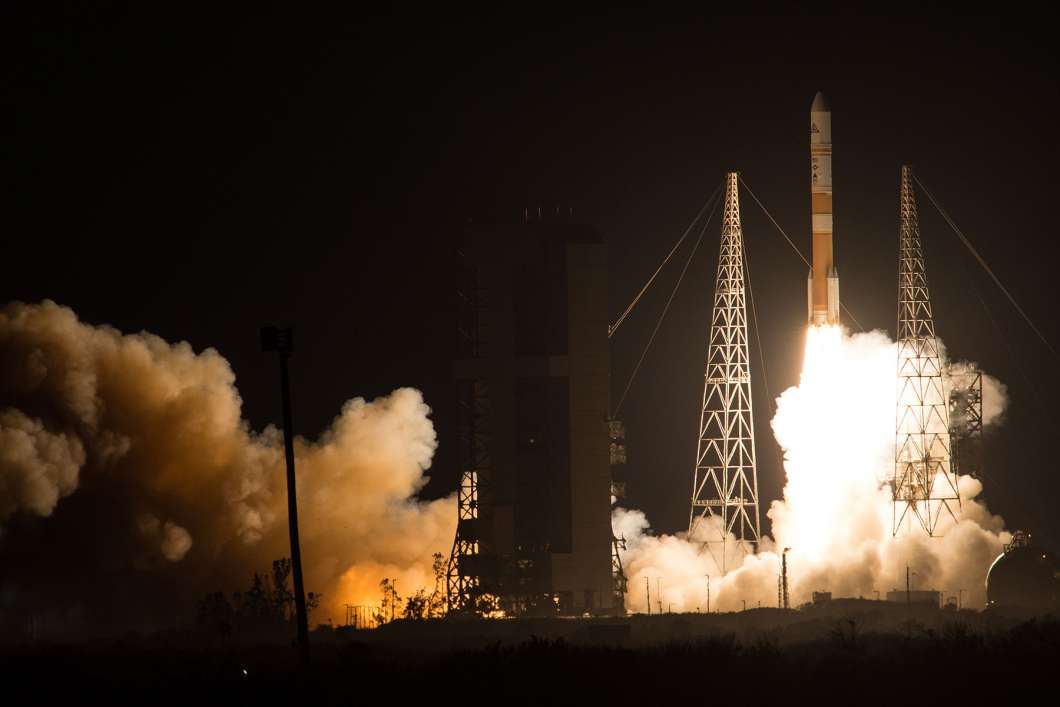 Wednesday night’s launch sent a satellite for the U.S. military into orbit.

The WGS-8 satellite is an upgrade to a constellation of communications satellites operated by the Army. The update will increase the military’s communications capabilities

The satellite, manufacture by Boeing, has upgraded software and technology to protect against satellite jamming. The satellite system provides high-speed communications of military personnel across the globe

The launch is just the beginning of an active few weeks at the Space Coast. Next week a Pegasus rocket sends a small-sat constellation to orbit. Later in the week ULA will launch a commercial communications satellite on top of an Atlas V.