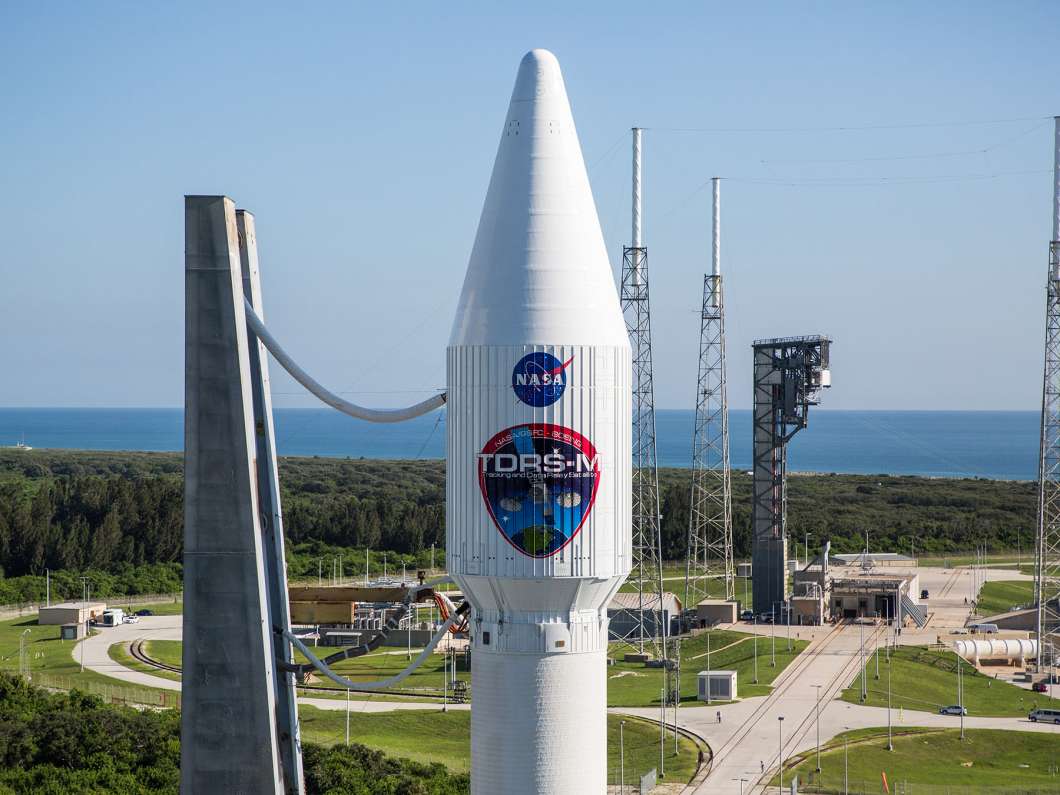 The TDRS-M spacecraft is one of seven satellites in NASA’s Space Communications and Navigation network, SCaN. The network handles all sorts of communication from spacecraft from vehicles close to earth all the way to deep space missions billions of miles away.

Inside the Astrotech facility in Titusville, Florida, the payload fairing for NASA’s Tracking and Data Relay Satellite, TDRS-M, is moved into position to encapsulate the spacecraft.
Credits: NASA/Kim Shiflett

But it needs multiple communication satellites to work. Many of the satellites in the network are retired, or ready to be retired. “TDRS-M is going to be critical to the future operation, and the future of the space network,” said Badri Younes, deputy associate administrator for SCaN.

United Launch Alliance, a joint venture between Boeing and Lockheed Martin, is handling the launch. Liftoff of this satellite was delayed after an accident damaged one of the spacecraft’s antennas during processing. Crews replaced the damaged piece last month.

ULA handles a number of NASA missions, including previous TDRS satellites and spacecraft like OSIRIS-REx and New Horizons.

It’s been a busy few weeks on the space Coast. Earlier this week, SpaceX launched supplies to the International Space Station and later this month, Orbital ATK plans to launch a Minator rocket carrying a space debris tracking satellite. Next month, SpaceX plans to launch the Air Force’s mini-shuttle – the X-37B.