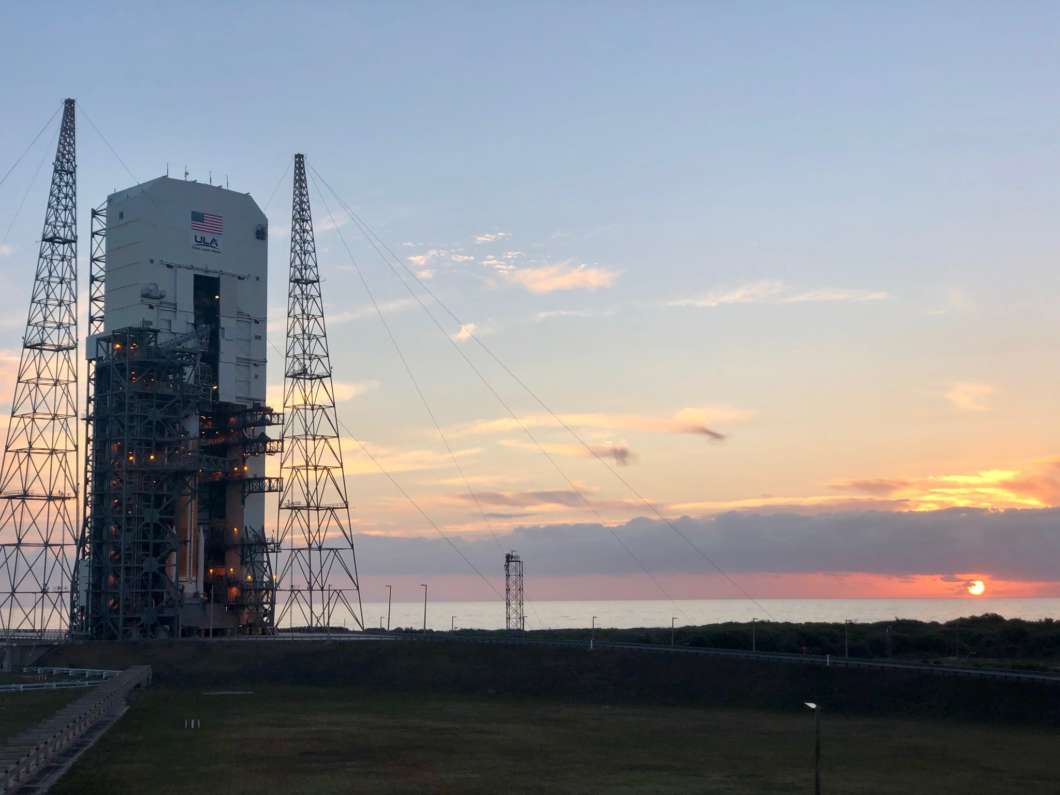 The sun rising over the ULA's DeltaIV with WGS-10 on the launch pad Friday. Photo: ULA

ULA’s Delta IV Medium rocket will launch the 10th satellite in an Air Force communication constellation. WGS-10 will provide broadband communication for the U.S military and its allies.

The satellite was manufactured by Boeing. The first satellite in the constellation was launched more than 10 years ago.

The launch is scheduled for 6:56 p.m. and the window remains open for about two hours.Weather remains favorable.