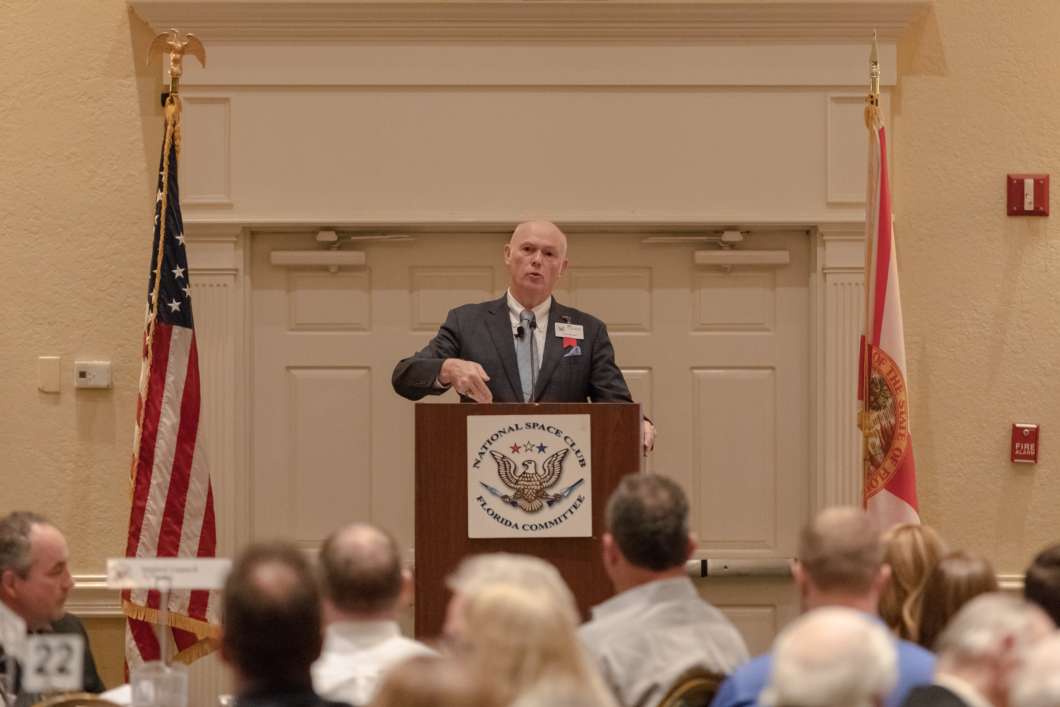 United Launch Alliance CEO Tory Bruno said its facility at Cape Canaveral is making final preparations to launch humans into space. The rocket company is also prepping for a new vehicle set to launch in 2020 – the Vulcan. Bruno spoke Tuesday at the National Space Club Florida in Cape Canaveral.

NASA is working with private companies SpaceX and Boeing to launch astronauts to the International Space Station from U.S. soil, a first since the last Space Shuttle mission in 2011.

“It’s about damn time,” said Bruno. ULA is providing its Atlas V rocket to launch Boeing’s crew capsule, the CST-100 Starliner, into orbit. It’s the first human spaceflight mission for the company since its creation in 2006. ULA is a joint venture between Lockheed Martin and Boeing.

Bruno said everyone involved in the mission is acutely aware of the additional risk. “We make sure everybody is aware that they are flying people, they are flying sons and daughters, mothers and fathers, this is the real thing, and to be that much more careful.”

He keeps a photo of all the commercial crew astronauts on his desk to remind him of those risks. Many others working on the project do the same. An uncrewed test flight is scheduled for early 2019, followed by a launch with astronauts next summer.

Along with prepping for those flights, ULA has had a busy year launching NASA missions to Mars and the Sun, but the company is also paving the way for its newest rocket, Vulcan.

In just two years, the company will transform its Atlas V pad at Cape Canaveral to support its new rocket without slowing down the launch schedule of the old. “We’re configuring the pad at SLC-41 to be able to fly both Atlas and Vulcan which is something very unique to have a pad that can fly two diffent rockets of different size,” said Bruno.

ULA recently announced a partnership with another space company, Blue Origin, to manufacture engines for the rocket. Bruno said ULA has already started manufacturing test pieces of the rocket and continues to modify its fabrication equipment to build the Vulcan.

He said the rocket can send bigger payloads into space, into more complex orbits, and at a fraction of the cost. ULA plans to launch the first Vulcan in 2020.