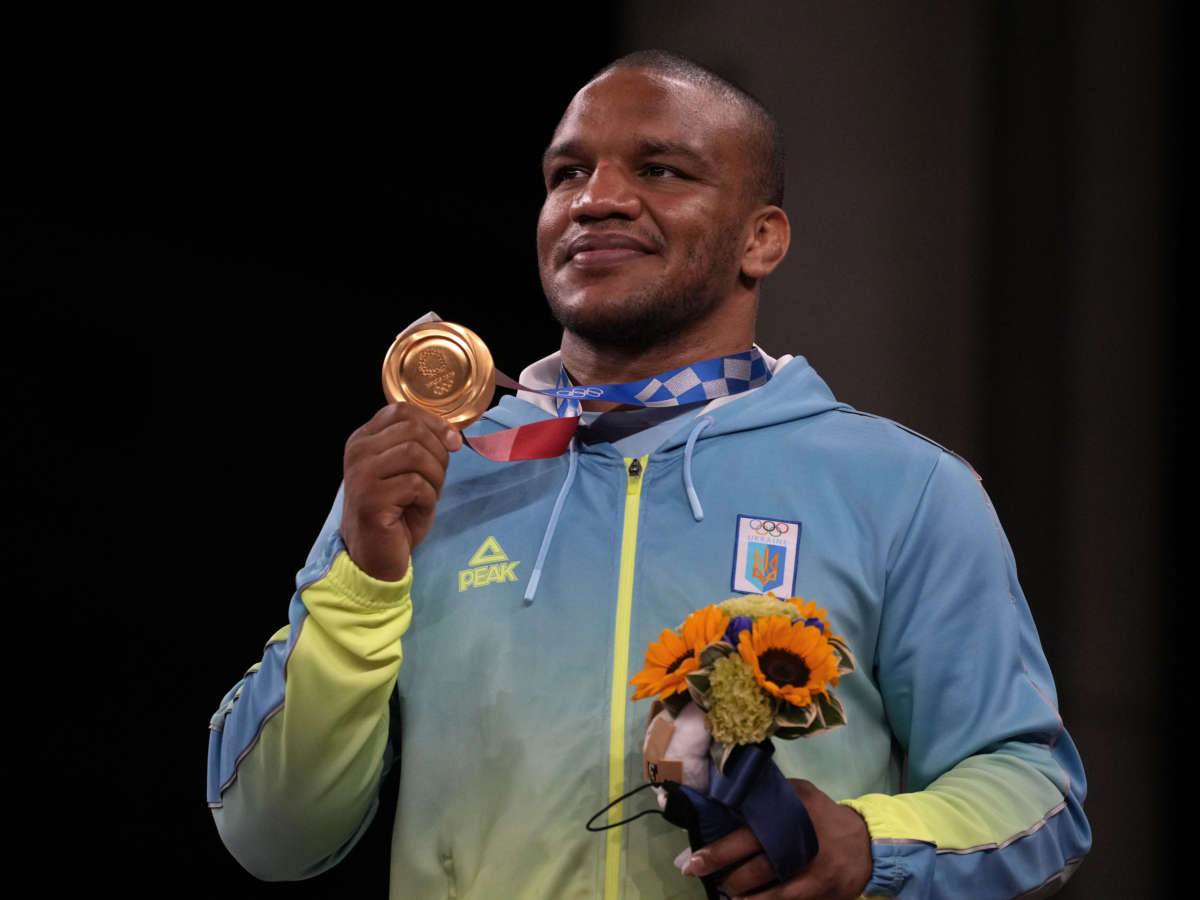 He’s Ukraine’s first Black lawmaker and the first deputy head of the Committee on Youth and Sports in parliament. “The main goal is to develop sports in Ukraine, the sports movement, so that our nation could be healthy, athletic, and show good results in the international arena,” he said in a 2019 interview.

On Wednesday he led by example, competing in the Greco-Roman 87-kilogram wrestling event in Tokyo and taking home the gold.

Beleniuk beat out Viktor Lorincz of Hungary 5-1 to win his second ever Olympic medal. He won silver at the Rio Olympics in 2016, making him the country’s first Greco-Roman wrestler to win multiple medals at the Olympic games.

“Now I’m an Olympic champion, and that was my dream,” he said.

Beleniuk, who was born to a Rwandan father and Ukrainian mother, started wrestling at nine years old.

In July 2019, he was elected to parliament but said he was devoting his time to competing in Tokyo.

With Olympic gold now in hand, it’s back to his day job.