UCF To Press On With Downtown Campus Plan 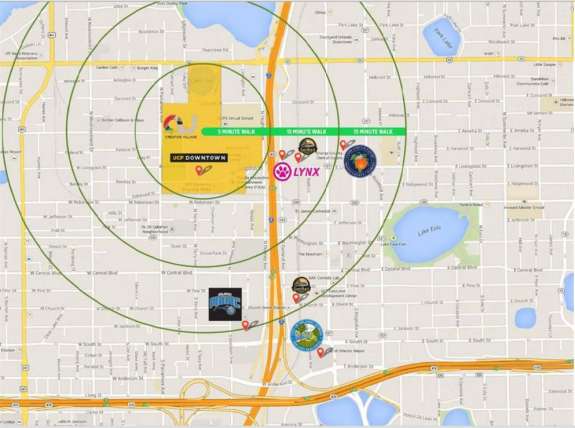 The University of Central Florida has been given the go ahead to start designing its downtown Orlando campus.

The Florida Board of Governors today approved a funding request of nearly $5.8 Million for the first phase of the project.

The money will go towards designing a student support and services building for UCF and Valencia College.

It will include what university president John Hitt calls a ‘digital, communications interactive media and educational cluster’.

Hitt told the Board of Governors it makes sense to build the campus downtown.

The board of governors vote gives UCF approval to keep planning the campus, but it still has to get final approval for the site.

Board member Norman Tripp wanted to know whether U-C-F’s plans include student accommodation.

“The only thing I want to make sure is clear, is there is enough space for 13,000 students, and a handle on how many of those students they think are going to live on campus,” said Tripp.

Tripp and another board member also raised concerns about parking.

The funding approved today includes $2.8 Million as part of the 2015-16 Fixed Capital Outlay Legislative Budget Request. The board also requested legislative authority for UCF to spend up to $3 Million from the operating appropriation for the project.