UCF Scientists Mapping An Asteroid More Than 100 Million Miles Away 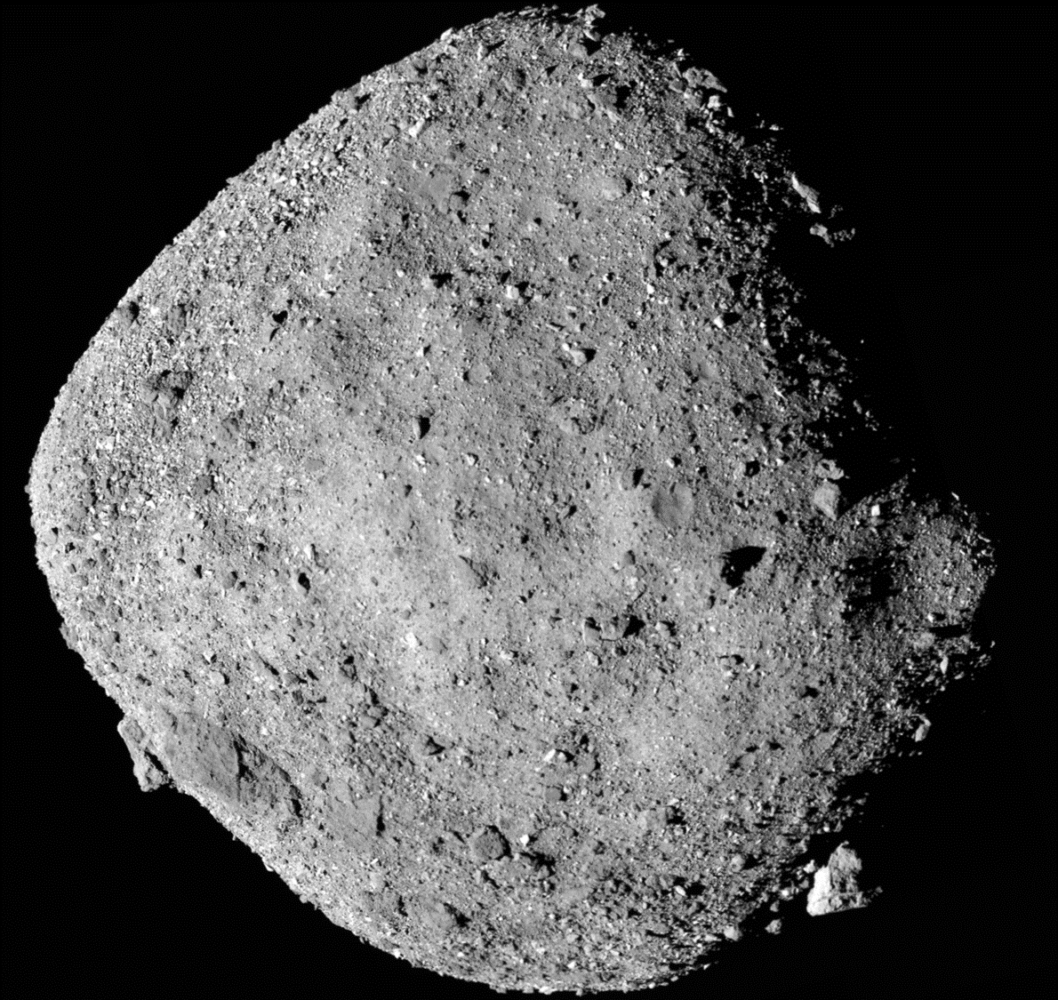 This mosaic image of asteroid Bennu is composed of 12 PolyCam images collected on Dec. 2 by the OSIRIS-REx spacecraft from a range of 15 miles (24 km). Photo: NASA/Goddard/University of Arizona

A spacecraft arrived at an asteroid more than 100 million miles away with plans to collect a sample of dirt from the surface and send it back to Earth. It’s now up to planetary scientists at the University of Central Florida to map out the best landing site.

OSIRIS-REx arrived at the asteroid Bennu earlier this month, snapping photos of the surface as it approached.
Planetary scientists like UCF Pegasus Professor Humberto Campins will collect all the images and create a layered map.

“We’re looking for areas that would have lose enough material that the spacecraft can actually sample, like gravel or dust,” said Campins.

One of the challenges to accuratly mapping Bennu is its shape. The asteroid resembles a spinning top. Campins and the imaging team will have to project the two-dimensional images to get the best analysis.

The imaging team will look at things like boulder density, temperature and composition of the regolith, or dirt, when making recommendations. “We’re going to have different maps we’re going to be creating,” said Campins. “Then, the entire team will make a decision or recommendation on where the number 1, 2 or 3 candidates sites will be.”

From there, mission managers will select the best place to fly the spacecraft to just above the surface. It will then suck up a sample of the asteroid and return a small capsule filled with the regolith back to Earth in 2023.

Scientists hope to uncover details about how our solar system formed. Bennu is a planetary time capsule that could hold clues to how life formed here on Earth.

At a press conference Monday, investigators announced the findings of oxygen and hydrogen atoms bonded together in what’s called hydroxyls. The team suspects that Bennu’s parent asteroid, a much larger celestial body, hosted liquid water.

The presence of hydroxyls is a good indication that Bennu contains primitive volatile and organics which could shed light on the formation of the solar system. “When samples of this material are returned by the mission to Earth in 2023, scientists will receive a treasure trove of new information about the history and evolution of our solar system,” said NASA’s Amy Simon, a scientists on the mission.

“Our initial data show that the team picked the right asteroid as the target of the OSIRIS-REx mission. We have not discovered any insurmountable issues at Bennu so far,” said Dante Lauretta, OSIRIS-REx principal investigator at the University of Arizona, Tucson. “The spacecraft is healthy and the science instruments are working better than required. It is time now for our adventure to begin.”

The sample is expected to return to Earth in 2023.

OSISRIS-REx launched from Cape Canaveral back in 2016 but the mission’s early origins can be traced back to Puerto Rico. Bennu was discovered in 1999 and in the 2000s, astronomers used the Arecibo observatory on the U.S. territory to predict the asteroid’s size and shape.  In 2013, Arecibo researchers published Bennu’s shape model and pole orientation, based on the radar data. According to the images from OSIRIS-REx, those predictions were “spot on.”

“The amazing Bennu images coming out now look strikingly similar to the shape model derived from Arecibo radar data in 2013,” said Anne Virkki, a research scientist at the Arecibo Observatory.

UCF now operates the observatory with a grant from the National Science Foundation and in partnership with Sistema Ana G. Mendez Universidad Metropolitana and Yang Enterprises Inc.