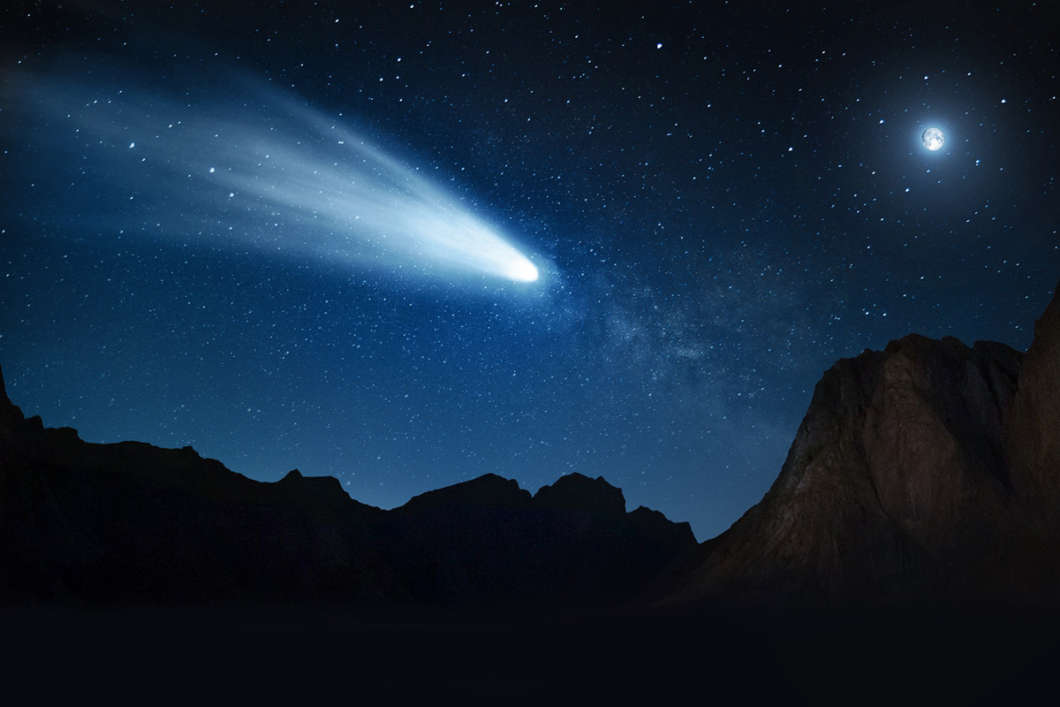 An artist rendered image of what Centaur SW1 would look like as an inner solar system Jupiter-Family comet. The future 29P/SW1 can evolve away from the Gateway and towards Earth, becoming the biggest comet ever-recorded in human history. Credit: University of Arizona/Heather Roper.

Scientists led by a UCF researcher have uncovered a cosmic doorway where comets pass as they travel through the solar system. The findings are helping scientists better understand how our solar system formed.

The team set out to study something called a centaur — small body object that has an orbit between Jupiter and Neptune’s orbit. When it gets closer to the sun, a centaur becomes active showing comet-like activity as it begins to throw out gas and dust particles giving it a tail.

Centaurs are considered nearly pristine remnants of material from the birth of our solar system.

“It’s an object that tells how things come from the very distant past – and the very distant places in the solar system – and evolve through time and through space to become active close to us,” said lead researcher and UCF planetary scientist Gal Sarid.

A recent mission to the Kuiper belt by the New Horizons spacecraft is helping scientists understand these objects when they are far out in the solar system. But there’s not much known about what happens to those objects as they make their way closer to the sun.

“It’s a lynch pin to help us tie in the story to how the solar system formed, evolved to become planets and how that can be related to what we see today in small-body populations,” said Sarid.

While tracking one particular centaur, the team found an area of the solar system where many of these objects are drawn to — dubbed a Gateway. While using computer models to track the single Centaur, the scientists uncovered a pattern of orbits that led the objects to a single area in the solar system.

The path of comets from the far-out areas of formation inward has been debated. The new study could change the fundamental understanding of how comets arrive from the outskirts of our solar system.

Now that scientists know the general area these objects travel through, missions to or observations of the area can reveal even more information about comets and the start of our solar system.