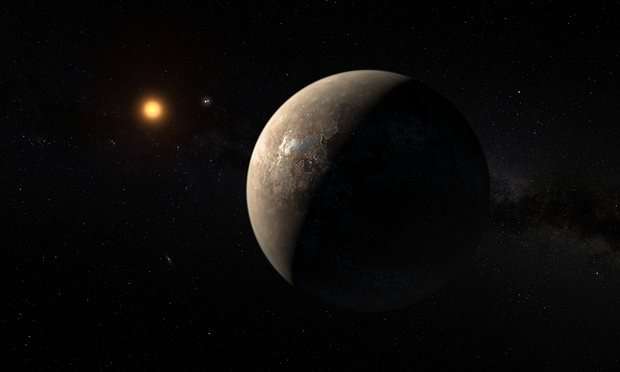 An artist’s impression of the planet Proxima b. Photo: ESO

A new planet that might have liquid water was discovered orbiting one of Earth’s closest stars. Scientists at UCF plan to verify those results.

Proxima B is a planet slightly larger than Earth, found orbiting the star Proxima Centari about 4 light years away. It orbits at a distance from the star where the temperature is just right for liquid water, and possibly life.

Observers discovered the planet by watching the star wobble. Each time the planet moved around the star, it pulled it ever so slightly.

Now, astronomers want to verify those results. Professor Joseph Harrington is a planetary scientist in the Department of Physics at the University of Central Florida. He’s hoping to spot the planet using telescopes both on the ground and out in space.

“There are two things we need to do in astrobiology,” said Harrington. “One is figure out what to look for and how to look for it. The other is figuring out a place to look, and we just checked that box.”