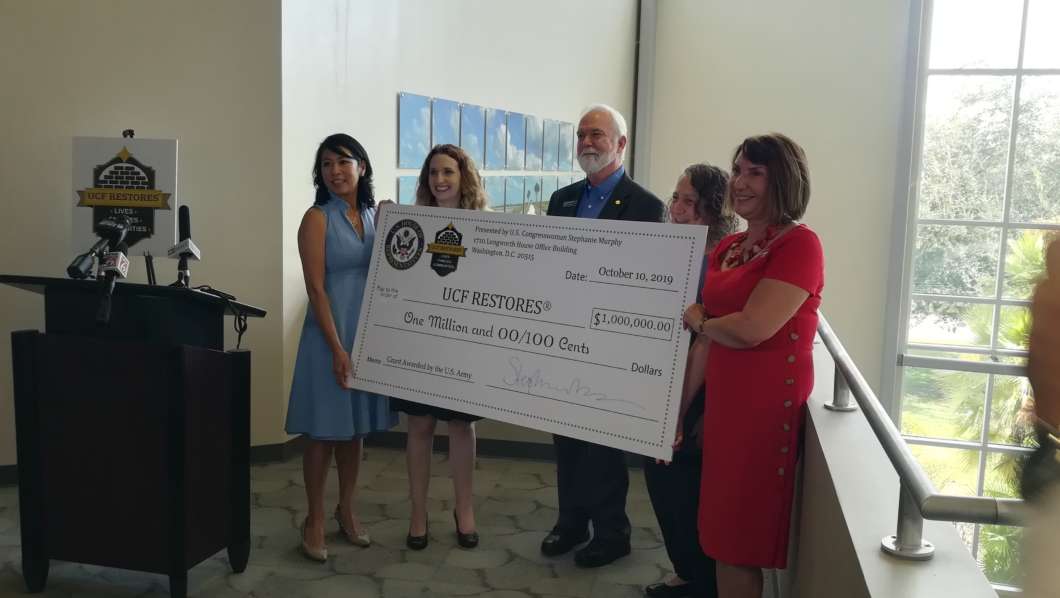 The Army has awarded a million dollar grant to a University of Central Florida clinic to expand a treatment program for post-traumatic stress disorder. Photo: UCF Restores Twitter

The Army has awarded a million dollar grant to a University of Central Florida clinic to expand a treatment program for post-traumatic stress disorder.

The expanded program will use virtual reality technology to help first responders, veterans and sexual assault survivors overcome their traumas.

Through virtual reality participants relive their traumas and, with help from a therapist, learn how to cope with sights, sounds and smells that can trigger anxiety.

Congresswoman Stephanie Murphy says the funding will allow the Restores clinic to expand these services to veterans.

“These brave men and women put their lives on the line to keep us safe and they deserve the very best care that we can give them.”

On #WorldMentalHealthDay, I had the honor to present a grant for $1 million we helped secure from the @USArmy for @UCF_RESTORES to continue its groundbreaking work treating servicemembers, veterans, and first responders struggling with #PTSD. pic.twitter.com/aXBVJkheXx

UCF Restores Director Deborah Beidel says they’re developing a program that will allow them to model almost any patient’s trauma from a nightclub scene for a Pulse survivor to a hotel scene for a sexual assault survivor.

“We will be able to take any scenario that has affected veterans, active duty personnel, first responders and model a situation. So whether it’s a combat scene, an urban environment scene, a scene involving sexual assault we’ll now be able to do that quickly.”

The exposure therapy is paired with daily group sessions over the course of three weeks.