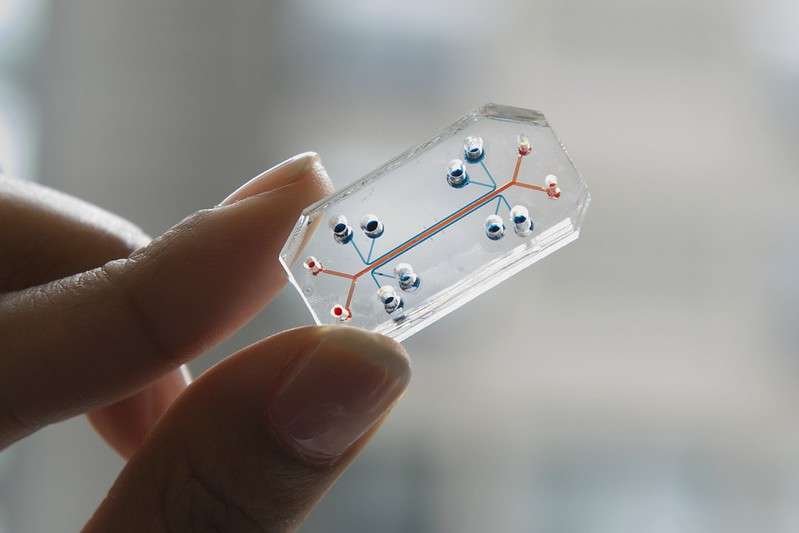 Organs on a chip could be used to develop and test new drugs without using an animal or human model. Photo: Flickr Creative Commons

A University of Central Florida researcher has designed technology that allows him to study opioid overdose and the antidotes used to reverse it without human or animal testing.

Nanoscience Technology Center’s James Hickman says microscopic liver and heart cells are attached to glass chips and then flooded with opioids to simulate the overdose and determine how different organs are affected.

The same cells are then flooded with the overdose reversal drug NARCAN to determine whether there are negative side effects.

“We don’t know that there are problems at this point but this would be a way to quantify that in human cells.”

He says this applies to chronic drug users who might need multiple doses of the drug or first responders who administer it.

“We’d be able to look at it to screen drugs and do it when we don’t have a really good animal model.”

Hinkman says this human-on-a-chip technology could also be used to develop antidotes for people who overdose on drugs that aren’t opioids or to test alternatives to treat chronic pain.

He says it could replace animal and human models in pharmacologic testing outside addiction medicine.