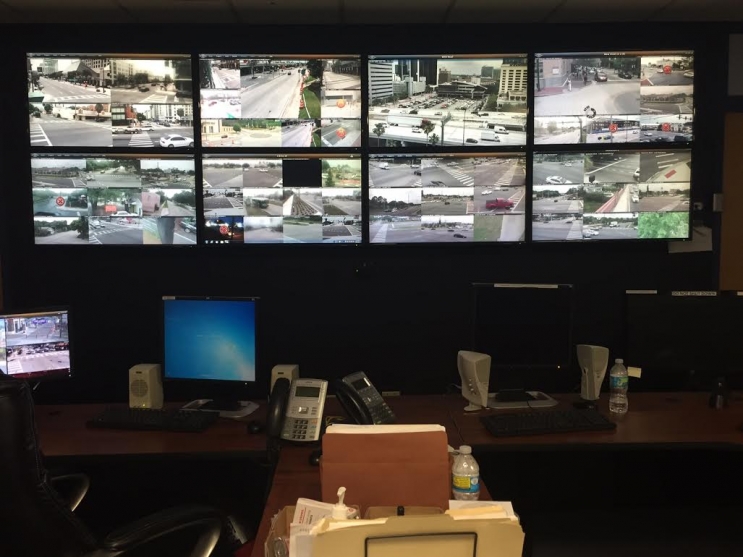 Researchers at the University of Central Florida are planning to test out technology that could change how police monitor crime scenes. UCF computer scientists have received a $1.3 million grant to develop software that enhances the details of objects that appear in street camera footage.

The technology would analyze patterns, gestures and objects researchers say can be easily overlooked by the human eye.

“People tend to be easily distracted,” says criminal justice professor Raymond Surette. “There’s also the issue that if you take sworn officers and put them in a monitoring room, after you get up beyond, say, fifteen or so camera screens, they’re not going to be very effective at watching, anyways.”

Surette says a research team will place eleven or twelve cameras in Orlando’s Rosemont neighborhood. The technology will be used to interpret everything from car accidents and fires to possibly kidnappings and robberies.

Orlando Police Chief John Mina says this will give his department another set of eyes.

“We have 168 iris cameras,” Mina said. “You know, one, two, or three people, they can’t watch all those cameras at the same time. There’s a lot of split screens going on. There’s a lot of screens rotating through different cameras, if you can imagine that.”

Mina also says the technology will give his officers more time to work with the public.

Researchers agree that the automated software gives highly skilled officers a chance to use their expertise in other areas. Surette adds the technology could also curb racial profiling incidents.

The project is expected to last through December 2017.