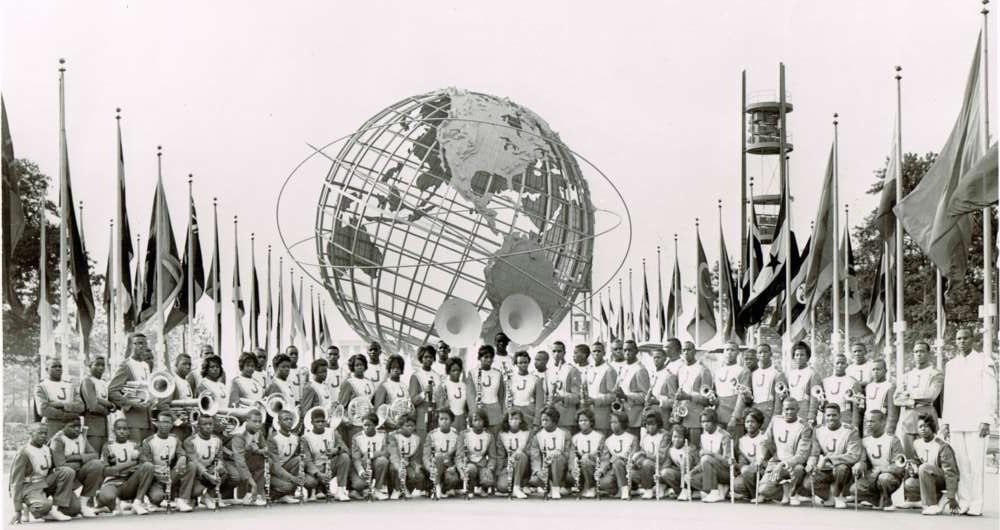 James W. 'Chief' Wilson took the Jones High School band performed at the World's Fair in New York in 1964. Carl Maultsby is in the front row, 7th from the left. Photo courtesy of Carl Maultsby.

The UCF-produced documentary “Marching Forward” tells the story of two high school bands in segregated Orlando and their trip to the World’s Fair in 1964.

Jones says the documentary gives her family a tremendous sense of pride. She says her father got to see some of the footage before he passed away, and was extremely pleased.

“This documentary is such a living testimony to what my father’s ideals were and what he committed his life’s work to,” Jones says. “At the same time…to have the world see what his life was about is quite humbling.”

MaultsBy was in the band that went to the World’s Fair in 1964. He says the experience was a pivotal moment in his life.

“On that trip, we took a picture outside of Lincoln Center,” he says. “And I decided one day, I’m going to be on that stage at Lincoln Center with my own billboard. And that did happen in 1996.”

MaultsBy says that as African-American musicians in a segregated world, the band members carried extra responsibilities.

“We had to be better than the white musicians that we might encounter,” he says.

Jones says her father taught his family and students how to navigate a segregated world.

“He definitely taught us how to move in the world with self-confidence and self-esteem…and be yourself in such a way that you demand it respect whether it was being denied to you due to discrimination or not,” she says.

Jones says the underlying principle of everything that her father taught was that a music education was the key out of discrimination in life.

She says he taught students warm ups that were more difficult than what college bands played so that they could earn scholarships and go to college.

“That scholarship enabled most of the kids coming out of Jones High School to become the great success stories across the employment spectrum,” she says. “Doctors, lawyers, nurses, all who used a band scholarship to change their lives. And that was what was most important to daddy.”