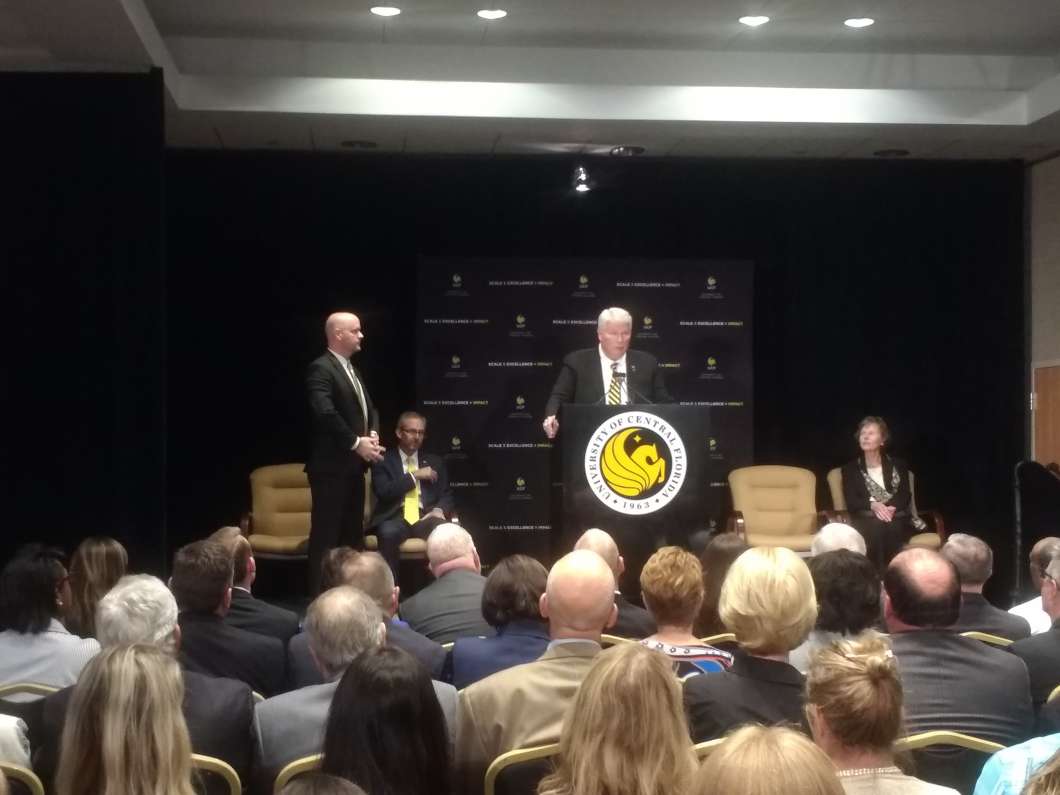 Hitt made the announcement  at UCF’s Fairwinds Alumni Center. The room was filled to capacity, and the crowd was emotional. Hitt fought back tears as he spoke.

“With the firm belief that the future is bright for UCF, I’ll step down as president effective June 30, 2018,” said Hitt. He has been UCF President for more than 25 years, he took the job back in March of 1992.

UCF Board of Trustees Chairman Marcos Marchena praised Hitt for his service as president.“In terms of impact, integrity, and longevity, there’s never been a university president like John Hitt. There’s John, turn the page, and then there’s everyone else,” he said.

He also lauded Hitt for the university’s progress in diversity. The number of minority students at UCF today is higher than the number of total students that were enrolled when he took the job.

Marchena will convene a search committee to find Hitt’s replacement. UCF Board of Trustees member David Walsh will chair the committee.

Looking back, Hitt said his greatest achievement at UCF was getting approval for, and opening the university’s medical school.

“There was so much power arrayed against that, that almost no-one gave us a chance,” Hitt said “And what our folks did was something that is very characteristic of UCF. They changed the impossible into the inevitable.”

Asked about Orlando Mayor Buddy Dyer likelihood of succeeding him, Hitt said he thinks Dyer is an outstanding individual, but he does not believe that this is the time for a political candidate.

Marchena said his goal is to have a new president approved by the board of trustees no later than June 30, the same day Hitt will retire.