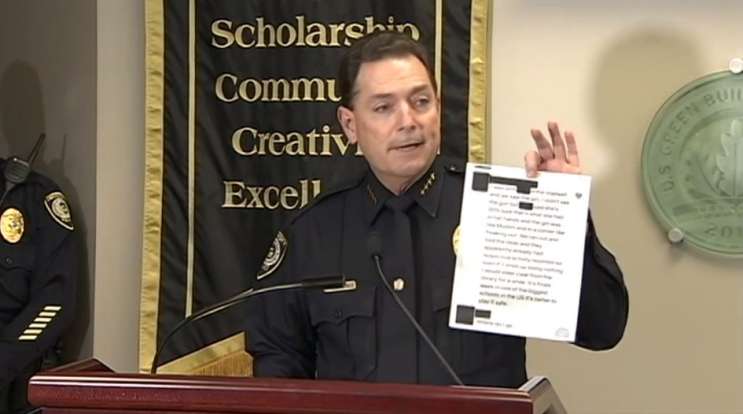 The University of Central Florida Police Department says it could have done a better job handling a possible gun incident on campus Tuesday. Police evacuated the library after receiving reports of a potential gunwoman inside, but determined there was no threat. The department drew backlash after sending students an alert from an official Twitter account that read: “POSSIBLE MIDDLE EASTERN GUN MAN/WOMAN IN UCF MAIN CAMPUS LIBRARY. AVOID THE AREA!”

“I have people in my own family who are pale-skinned, while I am tan. I wear hijab while other relatives in my family don’t wear hijab. It was very vague and it was kind of inconsiderate,” says Nada Hassanein, a journalist and recent UCF graduate originally from Egypt.

Florida’s Council on American-Islamic Relations is calling for an investigation into potential targeting of UCF’s Muslim students.

UCF Police Chief Richard Beary says the department was trying to get critical information out quickly over social media.

During a press conference on campus this afternoon, he responded to concerns over the wording of the tweet.

He said in the past, his department had received complaints from parents and students over safety alerts not being descriptive enough. He called the latest tweet an effort to offer more details to students.

“If it was insensitive and we upset people, that was never our intent,” said Beary. “We’re trying to deal with the lives of young people and get information out, and if we make a mistake along that way because we’re acting quickly to save lives, I’m sorry.”

Beary plans to look at how the department can respond better in the future.