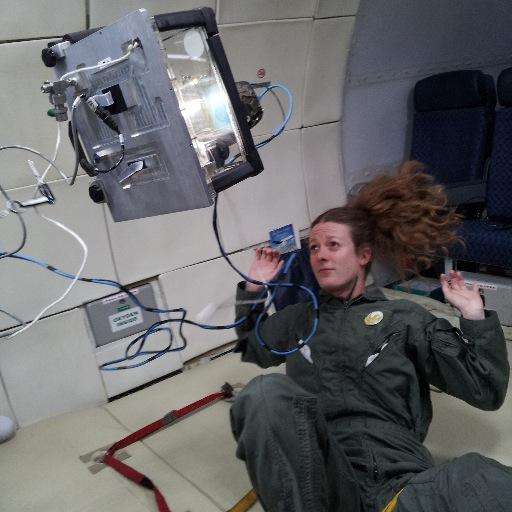 Dove studies how tiny particles stick together to eventually become planets. The award is given to scientists early in their careers who embody Nieber’s work ethic and outreach.

Dove looks at how particles of dust stick together in microgravity, hoping to shed light on how planets formed. Her work is being recognized by NASA’ Susan Mahan Niebur award.

Niebur, the award’s namesake, was an astrophysicist from Texas who worked for NASA. She was a strong supporter of women in science and someone Dove admired.

“It’s quite an honor,” she says. “I knew Susan through various activities at conferences and things like that. She was really active in promoting women in science, and equality in science.”

Dove works with undergraduate students on their planetary science research and continues to reach out to young girls to encourage the pursuit of STEM careers.

“I try to set a good example to be a good role model for other who want to be a scientist or engineer,” says Dove, “especially women.”