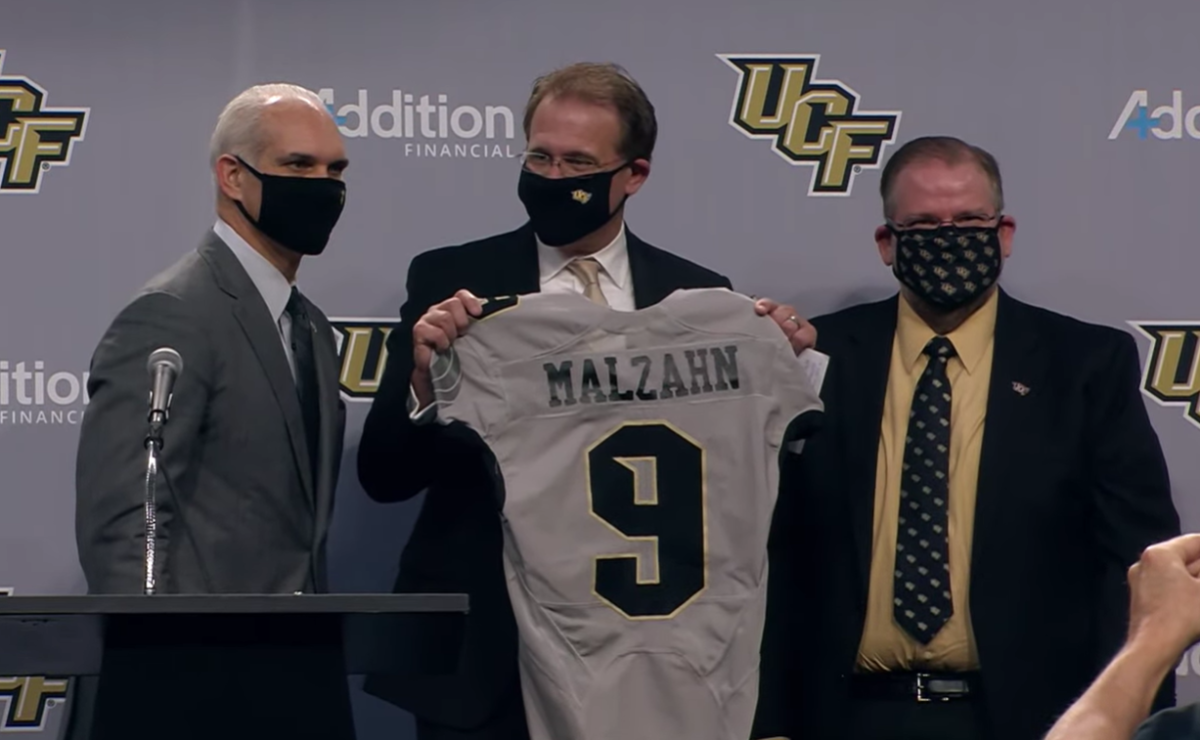 At a press conference on Monday, newly hired UCF Knights’ head coach Gus Malzahn revealed he originally had planned to “sit out” this football season.

Malzahn’s 30-year career ended abruptly in December when Auburn University in Alabama decided to terminate his contract, even with four years still remaining on it.

The new head coach said he was disappointed but said he took it as an opportunity to relax and look back on his professional life. With time to reflect and a nice $21.5 million payout to go with it, he was ready to “sit it out.” But the call to coach at UCF changed everything.

“This is a job that I would say I’ve been interested in a long time,” Malzahn said. “This, to me, is one of the top 20 coaching jobs in all of college football.”

Malzahn revealed he had for years watched the Knights from afar, analyzing what they needed to reach the potential he saw in them.

“From time to time, I’d tell my staff, ‘If the right guy ever got to UCF, and would stay there and build it, everybody else would be in trouble,” he said. “I feel like I’m that right guy.”

The new athletics director at UCF, Terry Mohajir, would agree. A long-time friend and colleague of Malzahn’s, Mohajir said he extended the job to Malzahn not because of their history together but because of his connections, experience, and name recognition.

At the press conference, it took Mohajir almost two full minutes to list just some of Malzahn’s accomplishments, accolades, and qualifications. Most notably, the coach has rural high school experience, has won both the Sun Belt and SEC titles, was once just 13 seconds away from winning a championship title, has coached several Heisman Trophy winners, and holds relationships with Fortune 50 CEOs.

“We knew that we could infuse this program, as our brand continues to emerge nationally, having a national brand coach to marry with is also very important,” Mohajir said. “It’s time to rise again.”

Mohajir was also hired recently by UCF, on Feb. 9. He replaced Danny White, who had a 5-year run with the school.

“After talking to the players and learning more about what they wanted, it was clear to me that they wanted to get back to championship caliber football. Very clear,” he said. “They also expressed they wanted a high power offense.

At the conference, Malzahn promised an explosive offense and said UCF will be top 10 in both offense and defense. He also promised to take the Knights to championship wins with support from a “dream team” staff that he has yet to build.

“We needed a coach that aligned with our values, my values, the universities values, and our core principles,” Mohajir said. “Based on the timing we needed an experienced person to hit the ground running.”

Malzahn said his goals are simple: to win championships, to get into the college football playoffs, and to play in six Bowl games in the new year.

He holds a 68-35 overall record, including a 39-27 conference record. His introduction to Knight Nation has been met with mixed reviews from sports experts and fans across news and social media outlets.