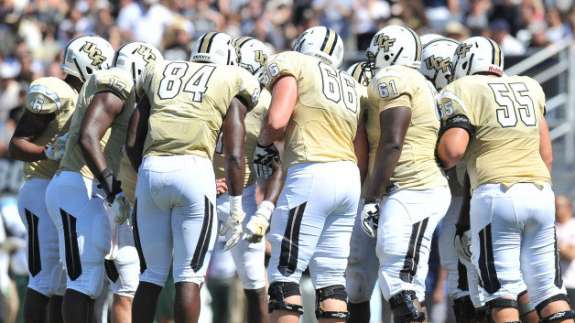 UCF football players head to their first practice of the 2015 football season Wednesday.

The Black and Gold’s first two weeks of practices will be closed to the public.

The 2015 season kicks off next September 3 at Bright House Stadium against Florida International University.

The Knights finished 9-4 last season, and split the American Athletic Conference Championship. At the ACC’s media day earlier this week, the Knights were projected to finish second in the Eastern Division this season.