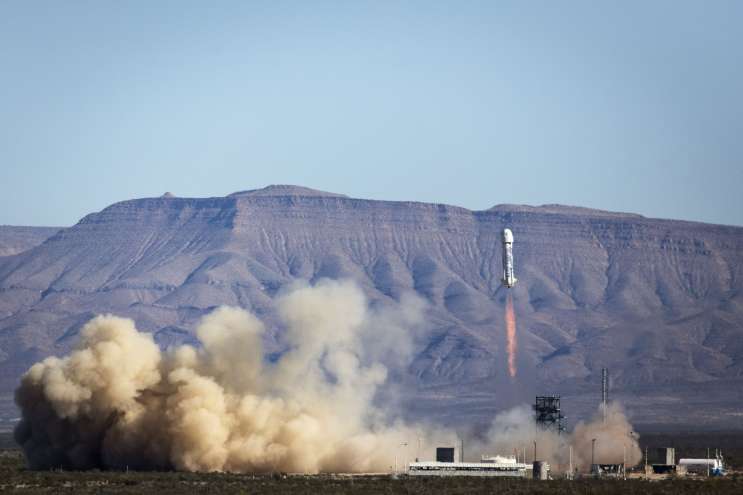 On board the Blue Origin rocket launched from West Texas on Saturday was an experiment created by University of Central Florida scientists studying how planets form.

The sub-orbital capsule experiences a few moments of weightlessness after launch. The UCF-born experiment shoots a ball at a container of dust to see how the particles react in a low-gravity environment.

The Blue Origin rocket, called New Shepard, launched and landed from West Texas. It is the third time this booster has flown. The company hopes rocket re-usability will decrease the cost of launches.