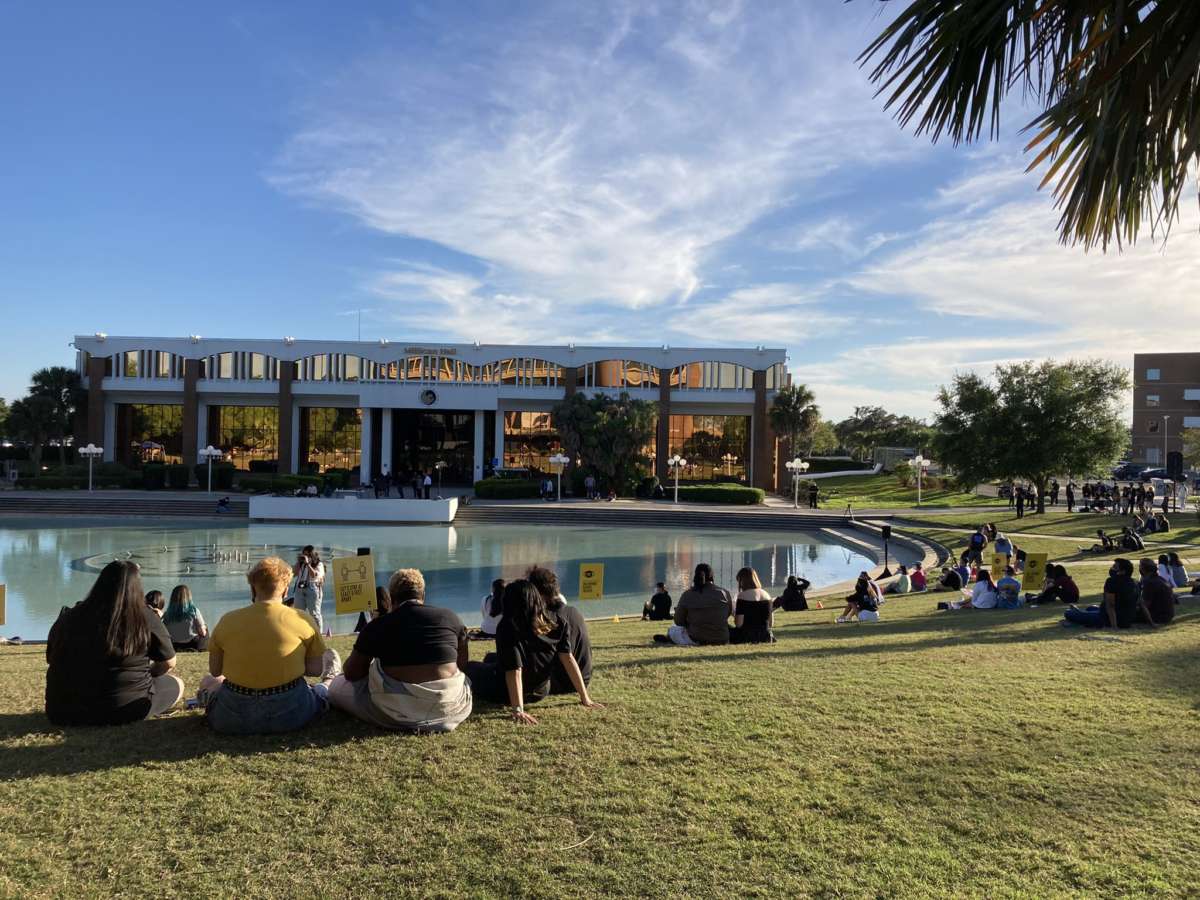 Students and faculty gathered on the UCF campus tonight to call for change during a vigil honoring the eight lives lost in the Atlanta shooting last week.

Among them was Mimi Chan, instructor and owner of Walum Kung Fu & Tai Chi Temple in Orlando. Chan read a statement on behalf of AAPI leaders in Orlando.

She says she wants to spotlight the rise in hate crimes targeting Asian women like herself, and tell people how to support the movement for change.

“Speaking up. Not standing by and being silent and complicit but actually being an active member of the Asian American community but also as allies.”

Thali Sugisawa of Orlando’s FusionFest says she came out to speak up against violence targeting Asian women – not just for herself, but for her ten year old daughter.

Sugisawa says she wants to teach her daughter that change comes from within, from how we treat ourselves and our friends. But it also comes from fighting for it.

“But also it comes from pushing. So sometimes we need to be loud. And very loud and very public.”

Six out of the eight people murdered in last week’s shooting were women from the AAPI community.

A virtual vigil for the victims will be held on Thursday at 6 pm by Peer Support Space.