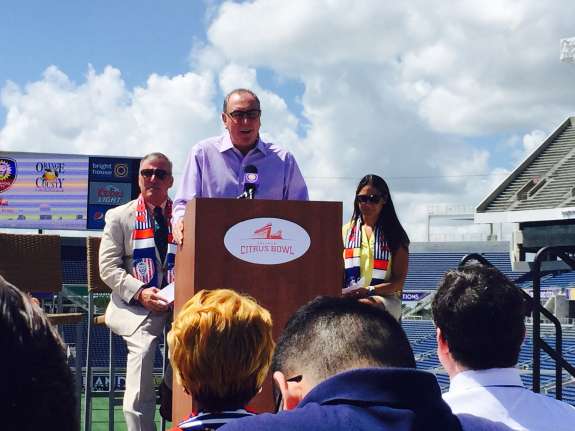 They’ll play on turf instead of grass, and Orlando City Soccer President Phil Rawlins expects fans from all over to pack the Citrus Bowl. “Given the success of the women’s game in the recent World Cup, I expect we’ll draw over 40,000 for this game,” said Rawlins.

Tickets to the US versus Brazil game go on sale August 21st.