U.S. Women’s Soccer is Inspiring Women and Girls One #SheBelieves Tweet, Tourney at a Time 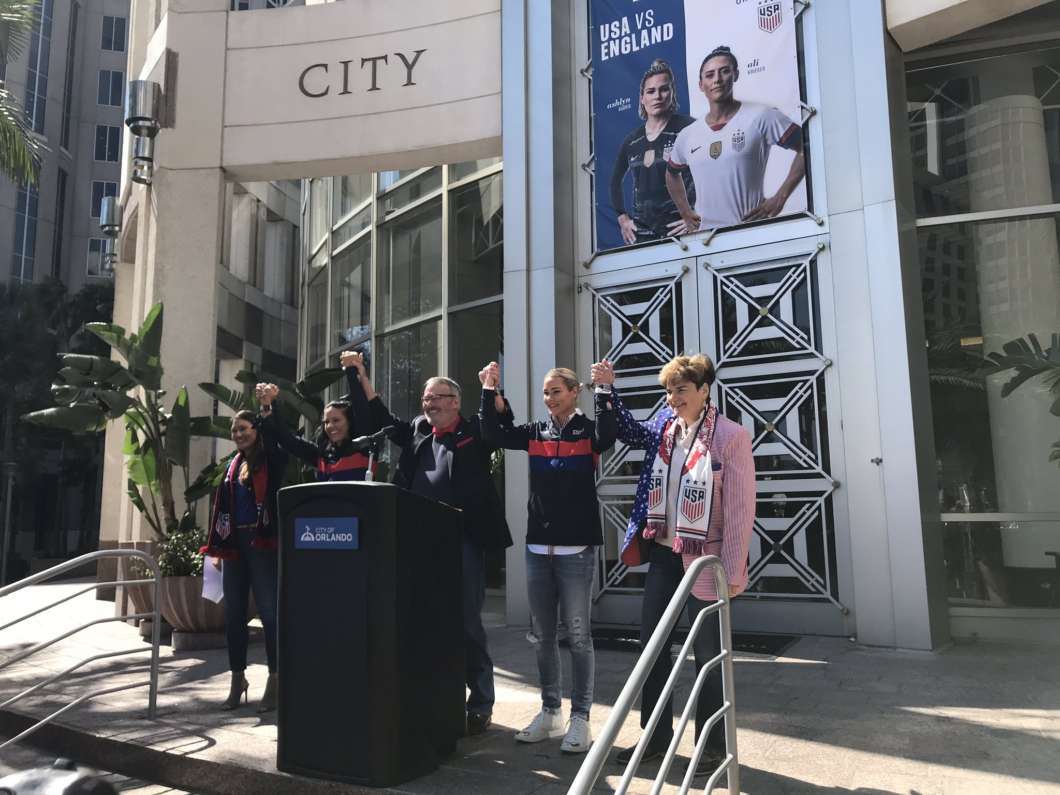 The U.S. Women’s Soccer Team is training in Orlando ahead of a game against England next week.

The first game of the tournament called the SheBelieves Cup will be held at Orlando’s Exploria Stadium on Thursday.

Thank You @orlandomayor @citybeautiful @GreaterORLSport for hosting us at City Hall and declaring March 5 as #SheBelieves Day in Orlando! pic.twitter.com/oBF5kOaI4f

The top four women’s soccer teams in the world, the United States, Spain, Japan and England, will compete for the most points over three double headers.

U.S. and Orlando Pride goal keeper Ashlyn Harris says it’s not all about winning, but being positive role models for women and young girls on and off the field.

“If they can come out and hear our message and see what we’re trying to accomplish, we hope to inspire a new generation that will come and hopefully be in our shoes at some point.”

“It’s not just in our sport. It’s also in other sports as well. But it’s across all industries that we see women fighting and continuing the conversation which is so great and healthy and positive for women’s equality.”

Thursday’s match will be the first time the United States has faced England since their win at the 2019 FIFA Women’s World Cup.

We’re thrilled to welcome @Ashlyn_Harris, @alikrieger and the @USWNT back to Orlando. Hosting the World Cup champions for their SheBelieves Cup match against England on March 5 at Exploria Stadium is another opportunity for our community to show our passion for soccer. pic.twitter.com/l6AqYlwLL5

The team won the SheBelieves trophy in 2016 and then again in 2018. For more information on how to attend or watch the game, click on the link.