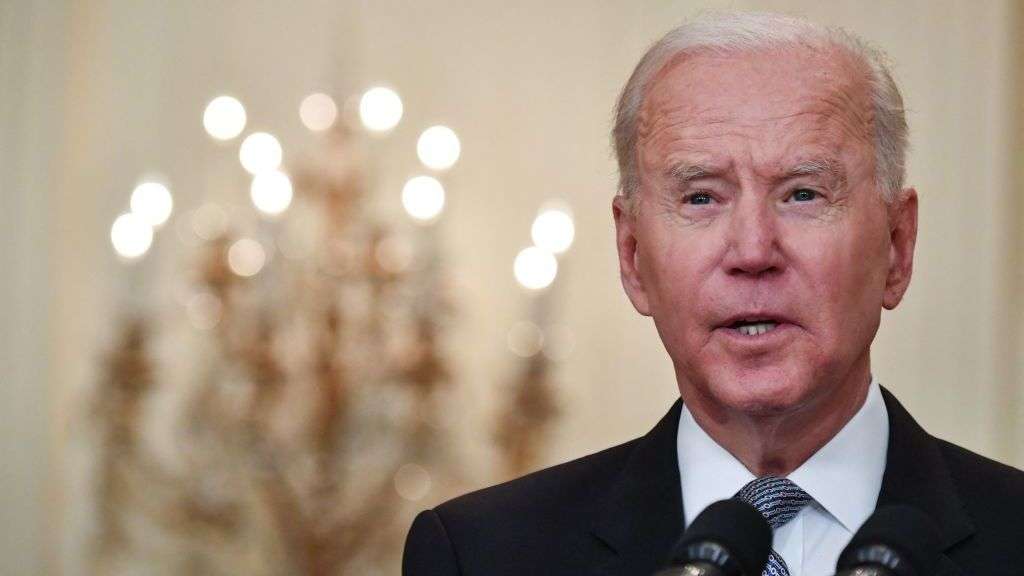 President Biden delivers remarks Monday on the COVID-19 response and the vaccination program in the East Room at the White House.
Image credit: Nicholas Kamm

President Biden on Monday announced his intention to ship surplus doses of the coronavirus vaccine to needy nations abroad, including millions of doses of the U.S.-authorized Moderna, Pfizer and Johnson & Johnson vaccines. The majority of the planned shipments will be of the AstraZeneca vaccine, which does not yet have authorization for use in the United States.

The shipments will include the United States’ total reserve of the AstraZeneca vaccine to the tune of some 60 million doses. The remaining 20 million doses will be of the Moderna, Pfizer and Johnson & Johnson vaccines.

“Our nation is going to be the arsenal of vaccines for the world,” he said.

The president’s remarks come as the administration is making a national push for Americans to get the full course of the vaccine against the virus. Biden earlier this month announced the goal of administering at least one dose of a COVID-19 vaccine to at least 70% of American adults by the Fourth of July.

Biden said the new U.S. donations of COVID-19 vaccines to other parts of the world would not come with any strings attached, contrasting his administration’s efforts with those of Russia and China, who he said were trying to use their vaccine donations to influence other countries.

“We will not use our vaccines to secure favors from other countries,” Biden said.

The U.S. will work with COVAX — the World Health Organization’s COVID-19 Vaccines Global Access program — to make sure vaccines are distributed fairly. Biden said he would announce progress in the new multilateral effort at the G7 summit in June.

Jeff Zients, White House COVID-19 response coordinator, will be in charge of the new effort; working with Gayle Smith at the State Department, who will lead diplomacy; as well as officials from USAID and HHS.

Biden also said that as of Tuesday, 60% of Americans will have had at least one shot, and that seven states have already reached the 70% target he has set for early summer.