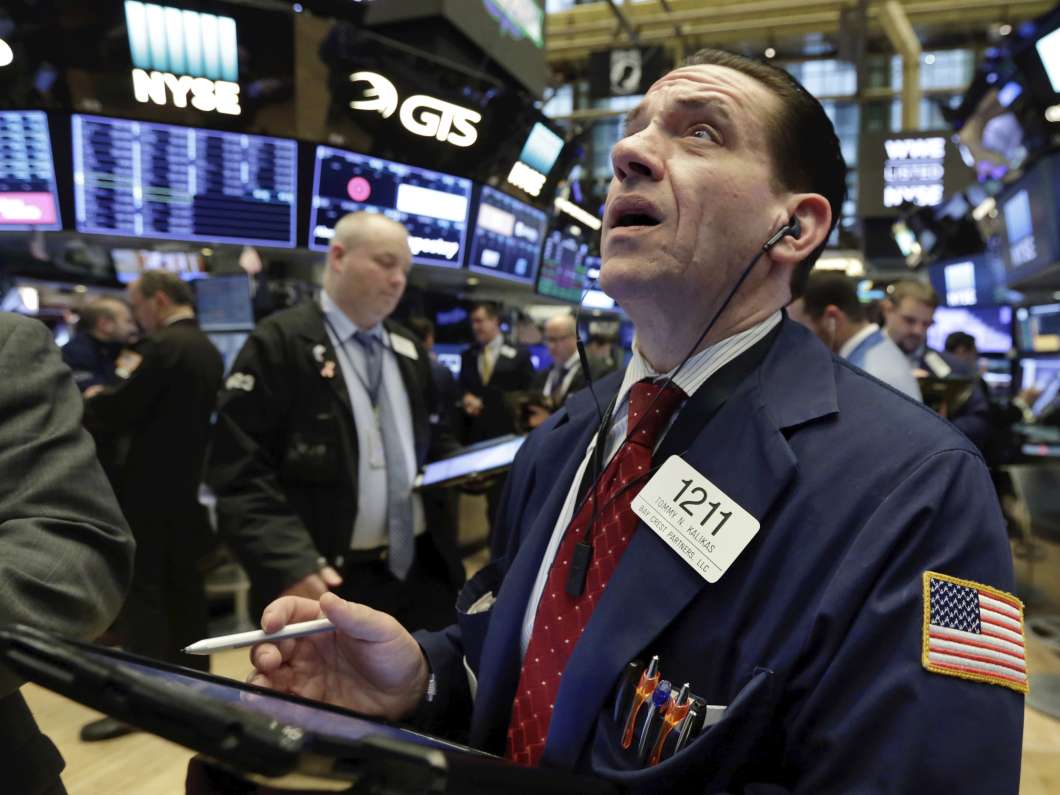 The Dow Jones industrial average fell more than 700 points Monday before recovering slightly as major indexes were down about 3 percent.

Investors are also worried about a growing trade war with China. On Monday, Beijing retaliated against U.S. tariffs on steel and aluminum imports by unveiling a list of 128 imports from the U.S., including agriculture products ranging from fruit to frozen pork, that would be subject to higher import duties.

“A reassessment of technology as well as what the trade issues might mean for exporting U.S. companies are hitting the market at the same time,” Rick Meckler, president of LibertyView Capital Management, told Reuters.

“This is definitely a flight to safety type of market,” Peter Jankovskis of Oakbrook Investments told Bloomberg News. “You’re seeing people coming out of the stocks that had been performing well.”