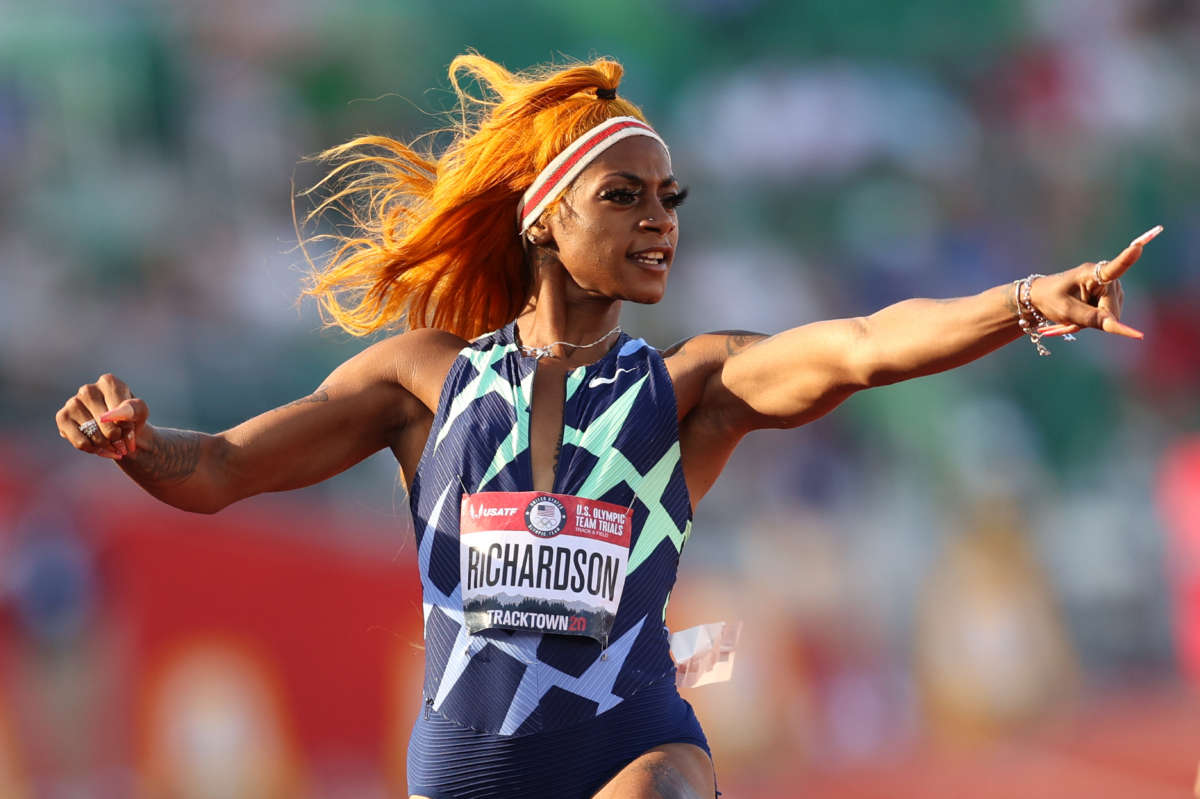 U.S. track and field star Sha’Carri Richardson will be suspended for one month after testing positive for THC, the main psychoactive component of marijuana.

The result means she cannot compete in the 100 meter race at the Tokyo Olympics. She was seen as the U.S.’s best contender for a gold medal in the event.

The 21-year-old accepted the month-long period of ineligibility for the failed drug test beginning on June 28, according to the U.S. Anti-Doping Agency.

“The rules are clear, but this is heartbreaking on many levels; hopefully, her acceptance of responsibility and apology will be an important example to us all that we can successfully overcome our regrettable decisions, despite the costly consequences of this one to her,” said USADA CEO Travis T. Tygart in a statement.

Three days after her suspension began, Richardson tweeted simply, “I am human,” without further explanation.

Richardson cannot run the 100 meter race at the Olympics, because the positive test disqualified her result clocked at Team Trials. USA Track & Field has not clarified whether she might still be allowed to run the 4 x 100 meter relay race, which is scheduled after her suspension ends.

In a statement, USATF said Richardson’s suspension was “incredibly unfortunate and devastating for everyone involved,” and added that it would ensure she had “ample resources to overcome any mental health challenges now and in the future.”

The national governing body did not immediately respond to NPR’s request for comment on her potential eligibility for the relay.