U.S. Sows Confusion Over How Bahamas Residents May Enter After Hurricane Dorian 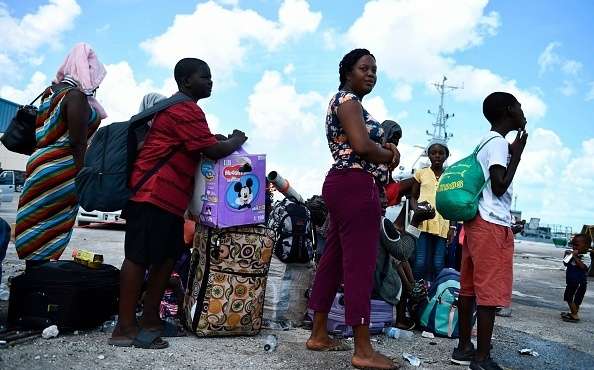 People await evacuation at a dock in Marsh Harbour, Bahamas, on Saturday in the aftermath of Hurricane Dorian.
Image credit: Brendan Smialowski

The Trump administration says it has deployed “an enormous amount of resources” to southern Florida to receive residents of the Bahamas fleeing their hurricane-ravaged nation, but it is sending mixed signals about how Bahamians will be allowed into the U.S.

Speaking at the White House, Morgan admitted there has been some confusion surrounding the process by which Bahamian refugees are being allowed into the country, including passengers on a ferry boat who said they were turned away Sunday because they lacked travel visas.

“This is a humanitarian mission,” Morgan said. “If your life is in jeopardy and you’re in the Bahamas and you want to get to the United States, you’re going to be allowed to come to the United States.” He said there would still be some vetting to “make sure that we’re not letting dangerous people in, taking advantage of this.”

Morgan said people found to have “long criminal records” will be turned over to Immigration and Customs Enforcement. “We’re not letting dangerous people in,” he said.

The administration has not yet decided whether to grant the Bahamians who enter the U.S. temporary protected status, allowing them to stay in the country. Trump said, “We’re talking to a lot of people about that.” Earlier, Morgan said it will depend on how long it takes to rebuild the islands. “We would not support returning them to a place where its not safe for them to be,” he said.