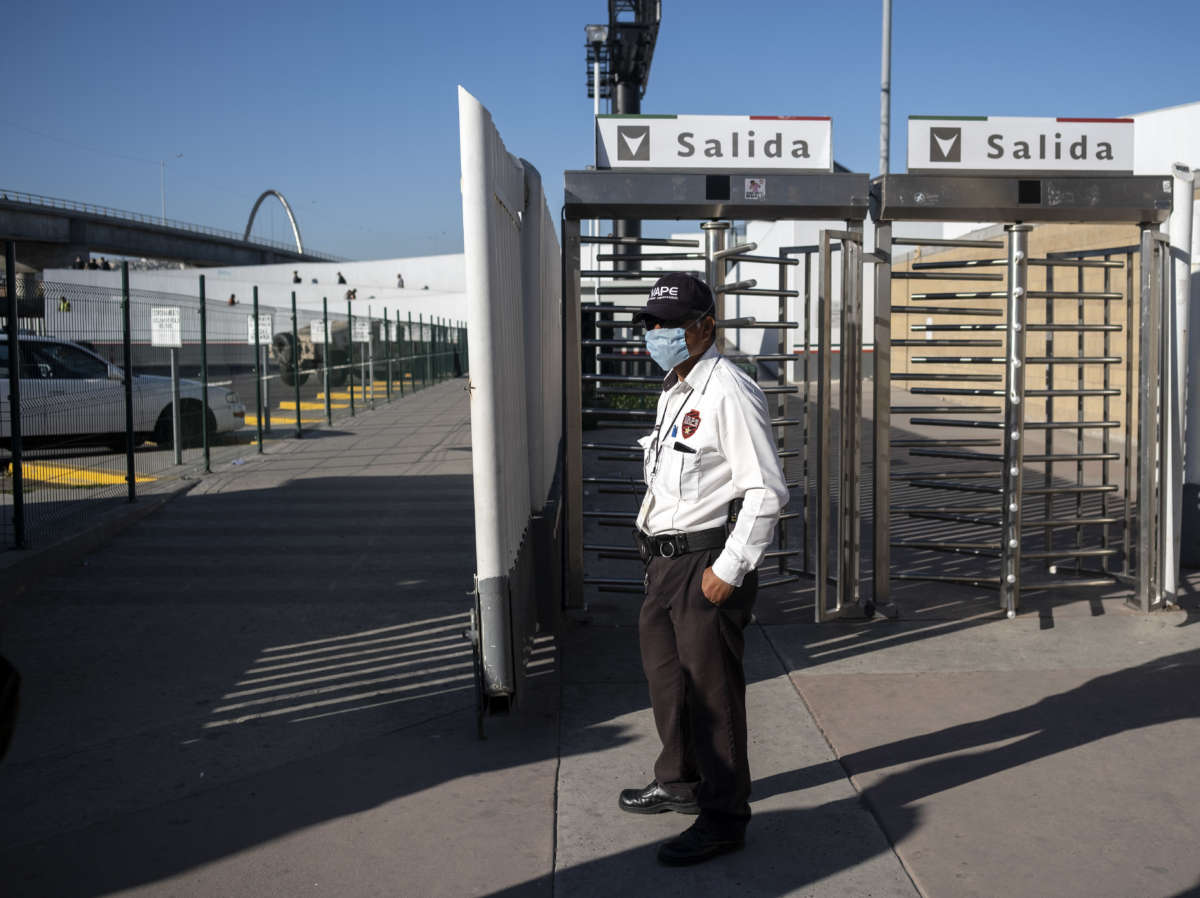 A security guard stands at the El Chapparal Port of Entry on the U.S.-Mexico Border in Tijuana, Baja California state, Mexico, late last month. The two countries are said to be working out a deal to close their border to non-essential crossings.
Image credit: Guillermo Arias

U.S. and Mexican officials say that the two countries are working on an agreement to halt non-essential travel across their shared border while keeping vital trade links open, as part of an effort to contain the spread of the novel coronavirus.

Secretary of State Mike Pompeo, in a tweet on Thursday referring to the disease caused by the virus, said he was working closely with his Mexican counterpart, Secretary of Foreign Affairs Marcelo Ebrard, “on travel restrictions that balance protecting our citizens from further transmission of #COVID19.”

Ebrard said he and Pompeo are outlining a deal that “won’t paralyze economic activity and keep the border open to commerce and work.”

The agreement under consideration appears to be similar to one that was reached on Wednesday between the U.S. and Canada, sealing off their border to non-essential crossings to limit the entry and exit of potentially infected individuals.

Paola Avila, the chair of the Border Trade Alliance, a business group, was quoted by The Associated Press as saying that business leaders on Thursday were briefed by U.S. Customs and Border Protection officials on the move, saying it would halt all tourist-related and other non-essential travel over the border.

Avila told the news agency that “essential” workers from Mexico, including farm workers, employees of restaurants and grocery stores and bus drivers, would be exempt under the agreement.