U.S. Is Starting To Evacuate Some Embassy Staff From Afghanistan With Military Help 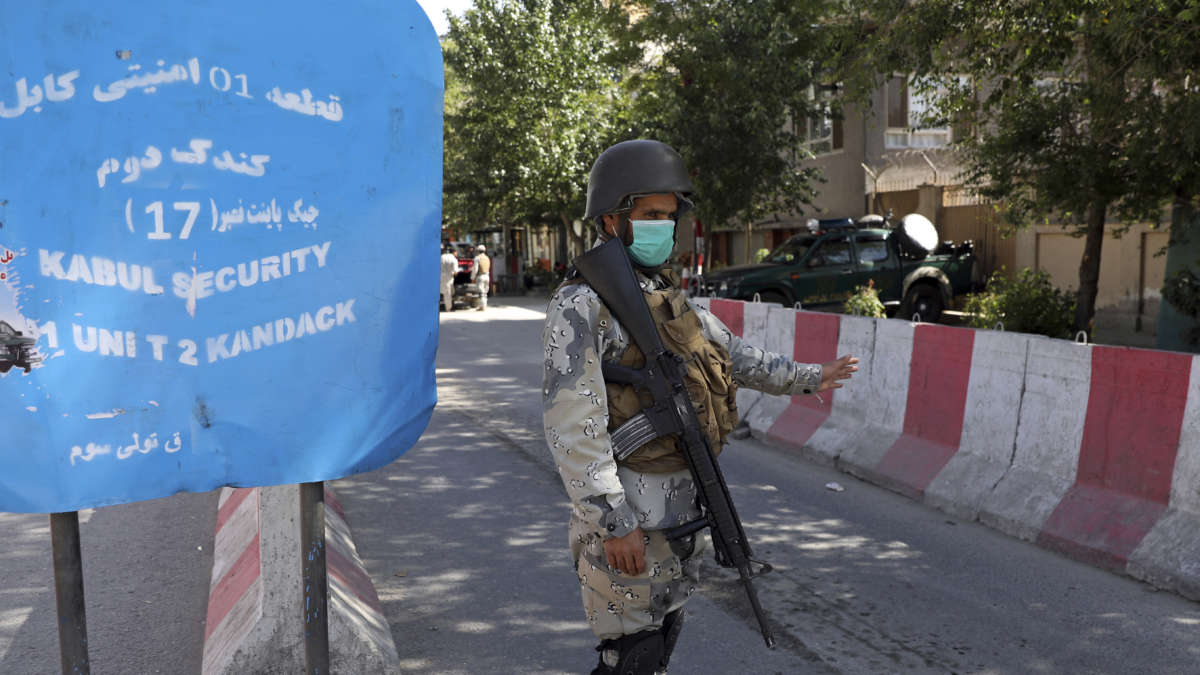 Afghan security personnel guard Kabul's Green Zone, which houses embassies, in May. An additional 3,000 U.S. troops are heading to Afghanistan to assist with evacuation efforts, according to the Pentagon.
Image credit: Rahmat Gul

The U.S. is evacuating a “significant” number of employees from its embassy in Kabul, Afghanistan, as Taliban forces gain ground across the country.

The State Department announced on Thursday it is reducing its civilian footprint of roughly 4,000 personnel to a “core diplomatic presence” given the rapidly deteriorating security situation in Afghanistan.

The department released a statement that the U.S. secretaries of State and Defense spoke by phone with Afghan President Ashraf Ghani on Thursday and told him the U.S. “remains invested in the security and stability of Afghanistan in the face of violence by the Taliban.”

Embassy officials have been urging Americans to leave Afghanistan immediately over the last few days.

An additional 3,000 U.S. troops are heading to Afghanistan to assist with the evacuation efforts, according to the Pentagon. Three infantry battalions are expected to arrive at Kabul’s international airport in the next 24 to 48 hours.

There are currently 650 U.S. troops in Afghanistan guarding the embassy and Kabul’s international airport.