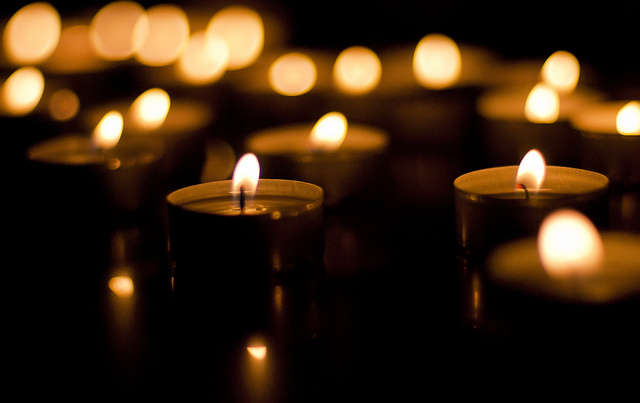 Two Florida lawmakers want to make it easier to prosecute people for hate crimes motivated by anti-Semitism. This comes as Democrats in the US House of Representatives are expected to introduce a resolution condemning anti-Semitism in Congress tomorrow.

The bills introduced by Palm Bay Republican Representative Randy Fine and Tampa Republican Senator Joe Gruters would make it easier to prosecute hate crimes and respond to discrimination in schools if they are motivated by anti-Semitism.

Fine says the bill is not only a response to a rise in anti-Semitism but also to remarks about Israel made by Minnesota Democratic Representative Ilhan Omar.

“The largest form of hate crime in the United States is anti-Semitic and it is growing and it’s legitimized by anti-Semites serving in Congress. They’ve created a veneer of acceptability of speaking out against Jews.”

The bills define anti-Semitism as:

But Wilfredo Ruiz with The Council on American-Islamic Relations says he’s concerned the bills don’t do enough to protect other religious minorities in the state.

Ruiz is also worried that anti-Semitism in the bill is defined not only as speech and actions against the Jewish people, but against the state of Israel.  He says this could limit free speech.

And that’s where the bill and resolution drafted by the House Democrats diverge.

The resolution does not offer similar protections to other religious minorities, but it does allude to other historical examples of prejudice experienced by people of different faiths:

“Whereas accusations of dual loyalty generally have an insidious, bigoted history, including—

The resolution also focuses more on speech and actions against the people of the Jewish faith. And on the state of Israel:

“Whereas the definition further includes ”accusing Jewish citizens of being more loyal to Israel, or to the alleged priorities of Jews worldwide, than to the interests of their own nations;

Whereas the myth of dual loyalty, including allegations that Jews should be suspected of being disloyal neighbors or citizens, has been used to marginalize and persecute the Jewish people for centuries for being a stateless minority;

Whereas accusing Jews of dual loyalty because they support Israel, whether out of a religious connection, a commitment to Jewish self-determination after millennia of persecution, or an appreciation for shared values and interests, suggests that Jews cannot be patriotic Americans and trusted neighbors, when Jews have served our Nation since its founding, whether in public life or military service.”

Both the bills and the resolution include protections for First Amendment rights.
These actions to address anti-Semitism at the federal and state level come only weeks after Minnesota Democratic Representative Ilhan Omar made comments on Twitter and then in person last weekend questioning the relationship between the United States and Israel.