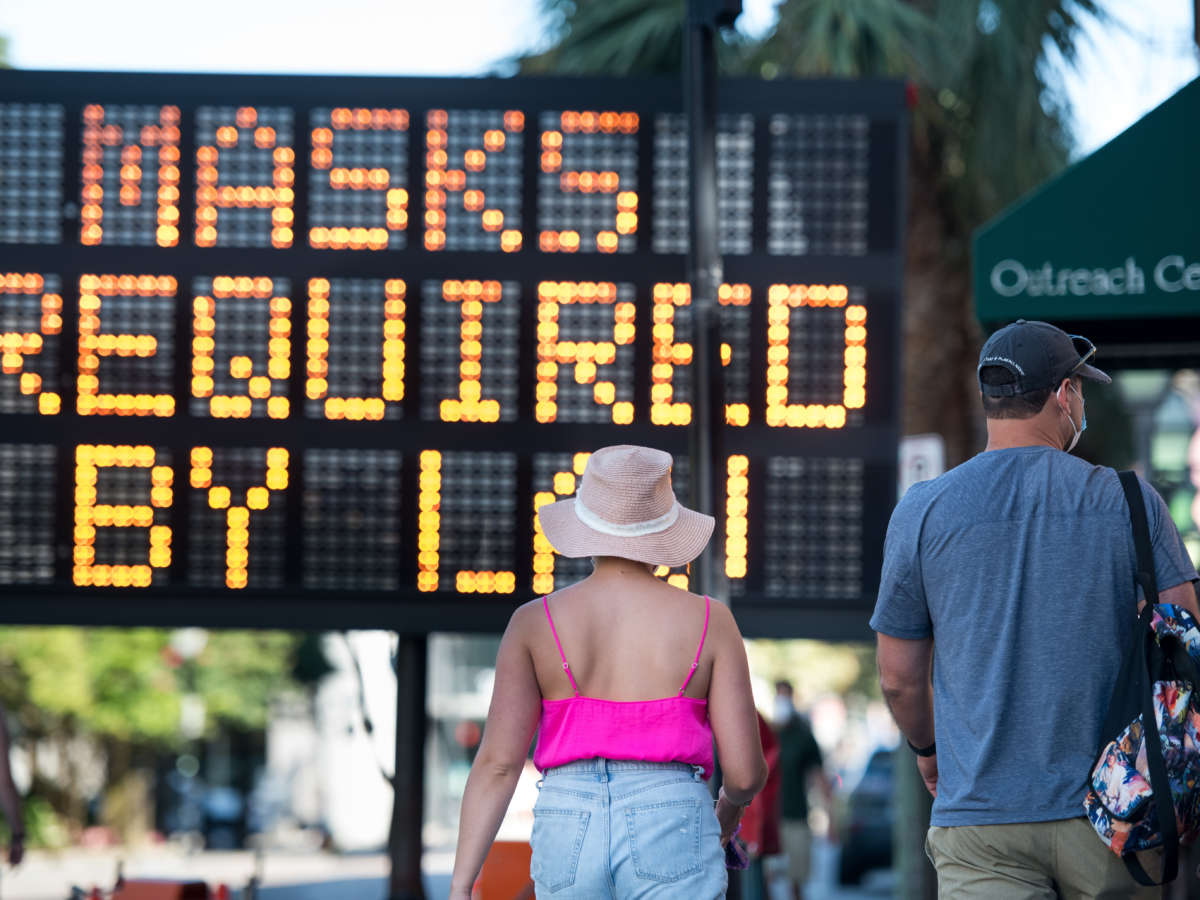 People walk along King St. last week in Charleston, S.C. South Carolina one of many places in the U.S. struggling with a rising number of coronavirus cases.
Image credit: Sean Rayford

Another day, another mind-boggling milestone: 4 million people in the U.S. have tested positive for the coronavirus. The U.S. hit the 3 million mark just 15 days ago.

That’s according to a tracker from Johns Hopkins University.

More than 143,700 people have died from the virus in the U.S. — nearly twice as many as Brazil, the country with the second highest number of fatalities.

Case numbers continue to rise in most U.S. states and territories.

While the number of confirmed cases has surpassed 4 million, federal health officials have said the actual number of cases is likely many times higher. “Our best estimate right now is that for every case that was reported, there actually were 10 other infections,” Dr. Robert Redfield, the director of the Centers for Disease Control and Prevention, said last month.

No part of the country has been untouched by the virus. The New York City metro area was the first epicenter in the U.S., and the city became a ghost town amid skyrocketing case numbers. It is now gradually reopening.

New hotspots emerged in June and July: California, Texas and Florida now have large numbers of cases, and Arizona and Louisiana have especially significant case numbers compared to their population size.

California now has more than 425,000 confirmed cases. The state had two days in a row this week with more than 12,000 new cases.

One trend in recent weeks has been more cases among young adults. State and local officials have noted rising case numbers among people in their 20s and 30s, warning that it’s important to keep practicing social distancing, mask wearing and hand washing — because young people can spread the virus to more vulnerable populations, even if they themselves are less likely to get severe cases of COVID-19.

But the U.S. is currently rife with mixed messages: Restaurants in many places have reopened for indoor dining, even though it’s become clear that the virus spreads most readily indoors.

In recent days and weeks, many governors and mayors have mandated that people must wear masks in public places. But in Georgia, Gov. Brian Kemp overruled local government requirements for face coverings and sued Atlanta Mayor Keisha Lance Bottoms for her efforts to require masks.

The rising case numbers suggest that little will be resolved by the time school begins next month — an issue vexing parents, governments, employers, and the students themselves.